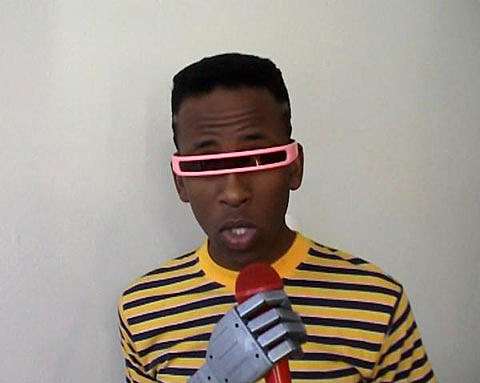 When we first announced that rapper/DJ Spoek Mathambo will release his sophomore LP, Father Crepper, on March 13 via Sub Pop, we mentioned that he had dates including SXSW and NYC. A few of those dates, including a NYC show happening on March 22 at S.O.B.'s have since been announced. Tickets for the S.O.B.'s show are on sale now.

You can pre-order his album at the Sub Pop webstore and grab the single, "Let Them Talk," HERE. The album trailer along with all dates is below...