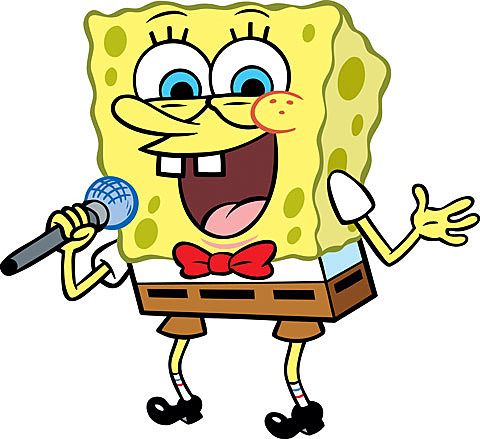 David Bowie, The Flaming Lips, Dirty Projectors and other artists are contributing new songs to a Spongebob Squarepants musical. According to Entertainment Weekly, other artists contributing songs include Cyndi Lauper, John Legend, Aerosmith's Steven Tyler and Joe Perry, T.I., Jonathon Coulton, They Might Be Giants, Panic! At The Disco, Plain White T's, and Lady Antebellum. The musical is directed and co-conceived by Tina Landau who said:

I was drawn to this project not only for its wild theatrical possibility, but also because I felt SpongeBob, at its core, is a layered and hilarious ensemble comedy. SpongeBob himself is of course its center and beating heart -- the eternal innocent in a sea of cynics. He's also the classic underdog hero, and so our production sets him on a hero's journey with real stakes, all the while retaining the show's trippy humor and irreverence. We're taking our leads from the TV show but this is an original story, with an original design approach, and original songs written just for the occasion by an amazing array of songwriters. We will present the world of Bikini Bottom and its characters in a whole new way that can only be achieved in the live medium of the theatre.

The Spongebob musical will premiere in June, 2016 at Chicago's Oriental Theatre before moving to Broadway in the fall.