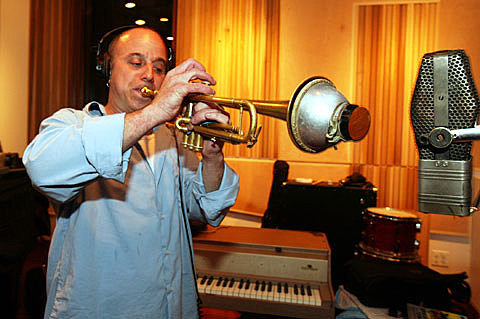 Speaking of Colin Stetson, you can see him tonight at the Blue Note (2/25), where he plays with Steven Bernstein (trumpet), Vicente Archer (bass) and Dan Weiss (drums) as part of Spontaneous Construction, a new series put on by Search & Restore happening at the venue most Fridays (midnight doors, with a $10 cover). The idea is to pair up musicians that don't regularly play together into one-night combos, and the schedule for the next few months includes big names like Jason Moran, Bobby Previte, Ari Hoenig, Nasheet Waits and Dave King (with plenty TBAs too). All the sets will be recorded for Search & Restore's ongoing video project, which launched earlier this year. For a taste of the quality of those videos, check out their recording of the group Four Bags, posted below, with the Spontaneous Construction schedule thus far...