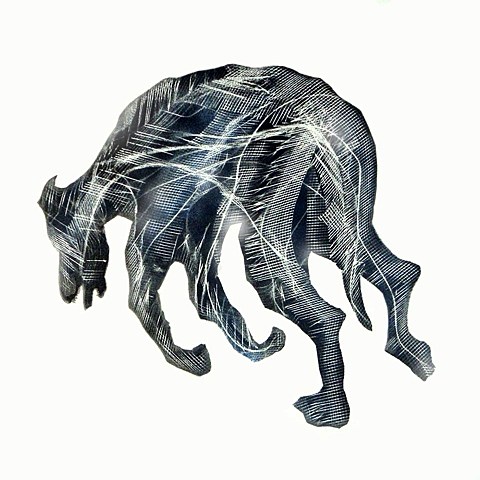 Two bands with a knack for mixing Microphones-y folk with loud rock, Ridgewood, NJ's Spook Houses (who share members with LVL UP, and who played Shea Stadium last night (8/18)) and Boston's Fat History Month, are releasing a split 7" next week (8/27) via Double Double Whammy. There's two songs by both bands on the 7", and a stream of the entire thing makes its premiere in this post. Check it out below.

Fat History Month, who also released an album and a split with My Dad this year, have some shows coming up, including one in the Bronx on August 31 at Teh Olive Garden (241st St & Bronx Blvd) with Florida=Death, Old Table, ACLU Benefit, and Eskimeaux; and they'll also be playing an Exploding In Sound CMJ show on October 19 at Silent Barn. All of their dates are listed below.

Spook Houses don't have any upcoming shows at the moment, but related band LVL UP is playing Brooklyn this Friday (8/23) at Union Pool with a great lineup of Ovlov, Two Inch Astronaut, and Flagland. Admission for that show is $8 at the door. Flyer below.

You can also catch Two Inch Astronaut in NYC a day later at Cake Shop (8/24) with Gross Relations, Butter the Children, and Bent Shapes.

All FHM dates are listed, along with the 7" stream and Union Pool flyer, below... 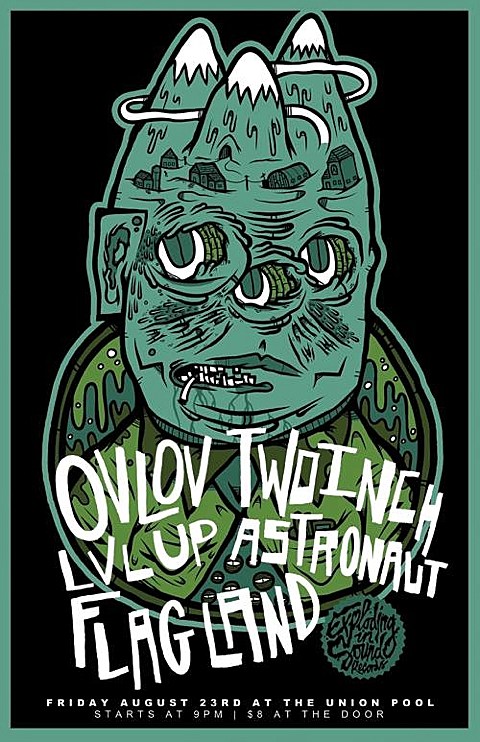