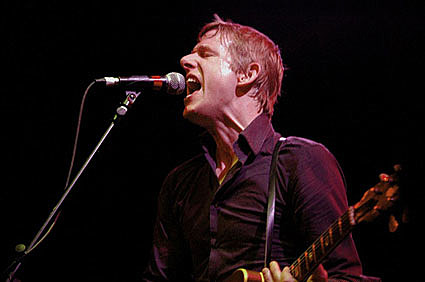 live MP3's from the Bowery show...

I won't hold it against them too much - after all they did just play a smaller show at Bowery (photos & mp3s above), and are still playing a free show in NYC on July 11th, but...I wouldn't go see Spoon at Roseland on October 20th. Would you? I guess someone would, or they wouldn't be playing there. Presale for that show, and new ones in LA, Minneapolis, Vancouver and Toronto, HERE.

UPDATE: As someone pointed out in the comments, Spoon's Roseland show is during CMJ. Thanks.

(thx all for the tips)