Spoon and Grizzly Bear's co-headlining tour just got underway, and their second show together happened Tuesday night (6/19) at Port Chester's Capitol Theatre with Kaitlyn Aurelia Smith also on the bill. Britt Daniel was charged up during Spoon's set, often coming right onto the railing to engage with the crowd. Grizzly Bear, meanwhile, brought the spectacular light show and backdrop that they did for last year's Painted Ruins tour. You can check out pictures of the night in the gallery above and a pic of Spoon's setlist below. 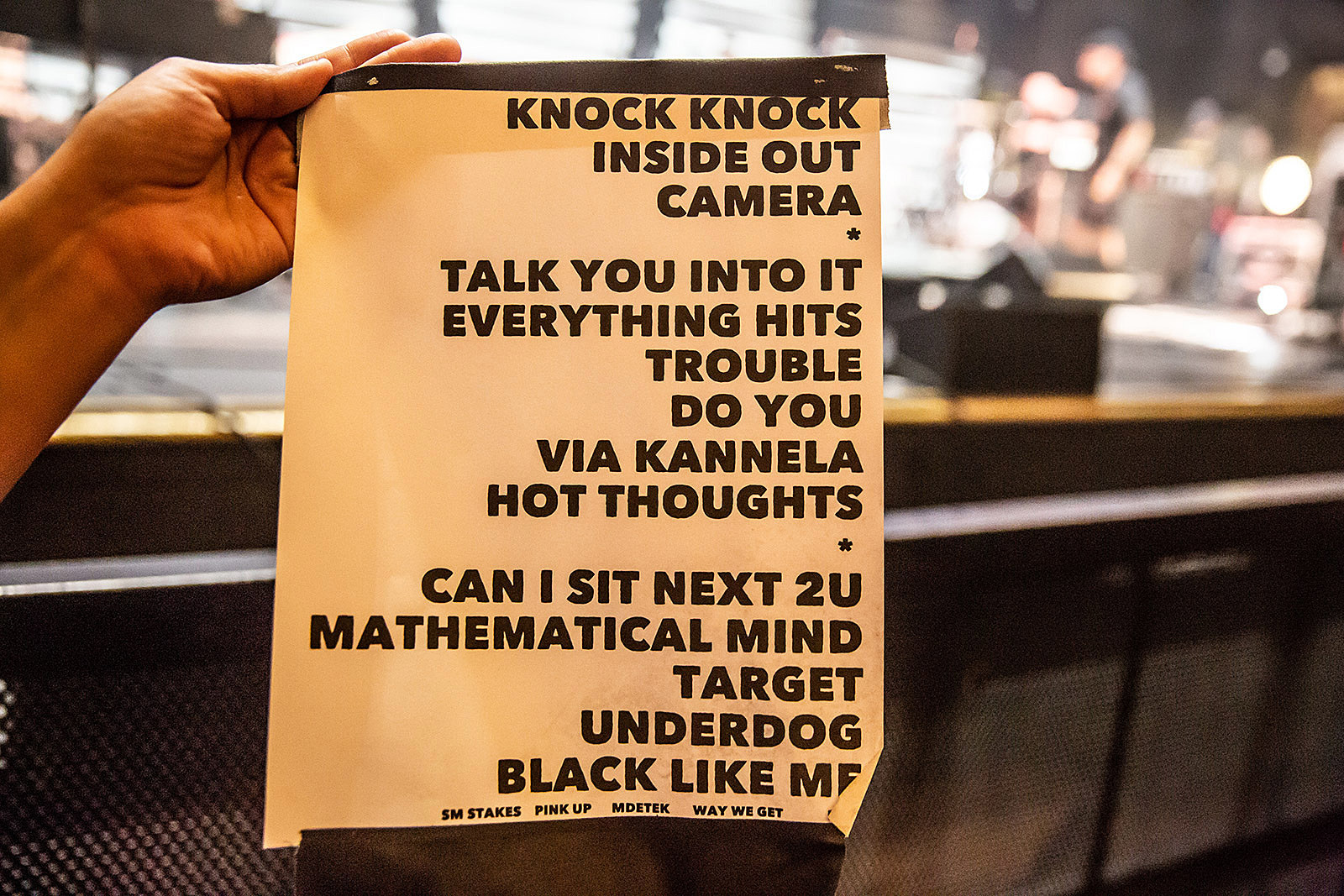