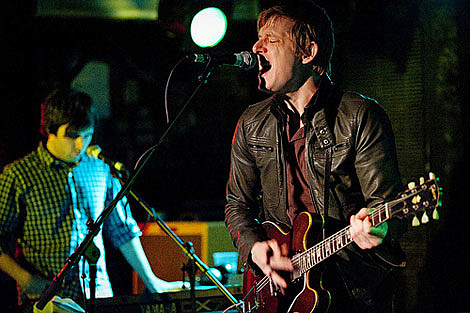 If you got in line early yesterday afternoon (as early as 1PM from some reports), or were one of the lucky few to get advanced tickets, then you were able to catch Spoon at Mercury Lounge last night (1/21) with Mahogany. The show was one of a few the band has played in the past week leading up to release of their new album Transference (stream it), including El Cid in LA, The Tonight Show with Conan O'Brien (video below), and many others, continuing at Waterloo Records in Austin,TX at 4PM on Monday, 1/25/10.

Spoon is scheduled to play one slightly less intimate show in NYC at Radio City Music Hall with Deerhunter ON 3/26 (tix), but Spoon frontman Britt Daniel will do double time this weekend by playing Sound Fix on Saturday (1/23) during day before hitting MHOW later that night with a star-studded lineup. That show, featuring appearances from Justin Vernon (Bon Iver), St. Vincent, Zach Galifianakis, Janeeane Garofalo, Wyatt Senac, John Shade, host Bobby Tisdale (just added) and others as part of a benefit for Haiti. Tickets go on sale at noon for $35, and $40 at the door (if there are any left). 100% of the proceeds to go to Haiti.

Spoon is also on board to play Coachella along with Pavement, Faith No More, Jay-Z and a host of others.

More pics from Mercury Lounge, the setlist, and video from their appearance on The Tonight Show are all below.... 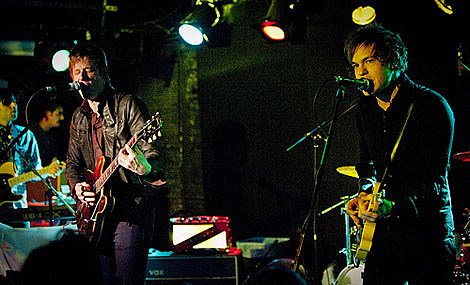 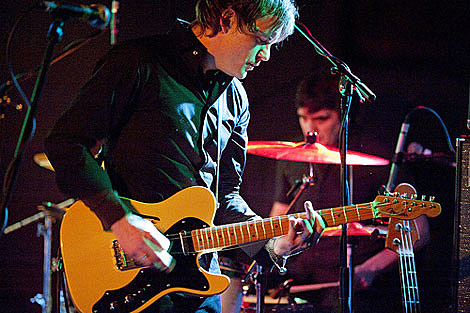 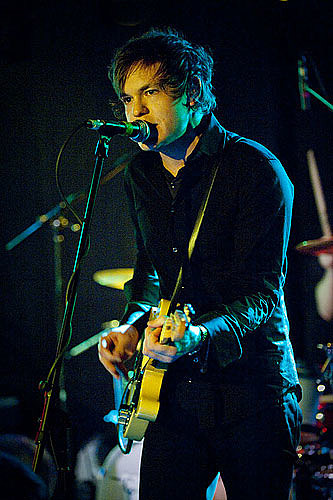 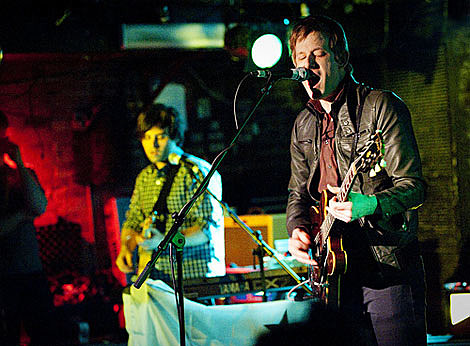 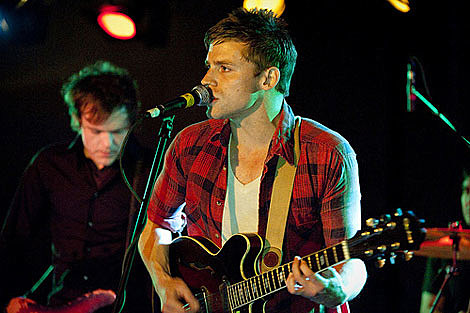 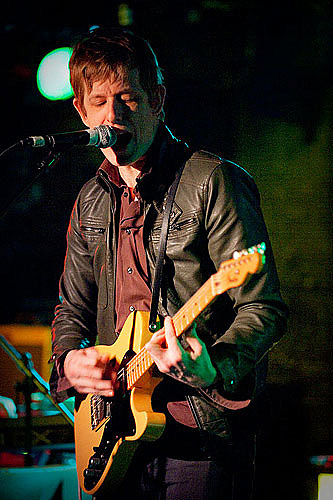 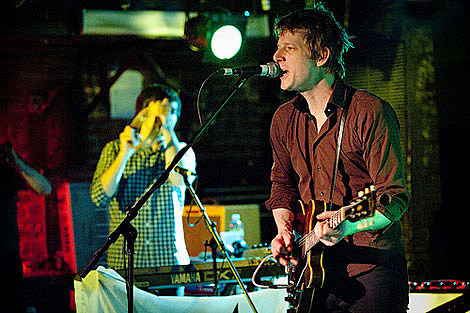 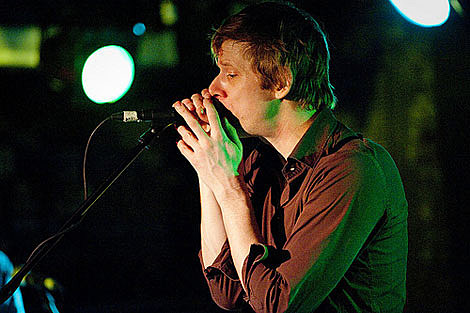 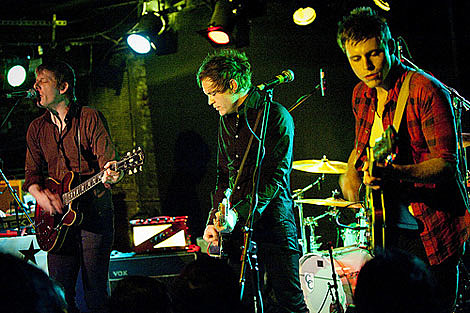 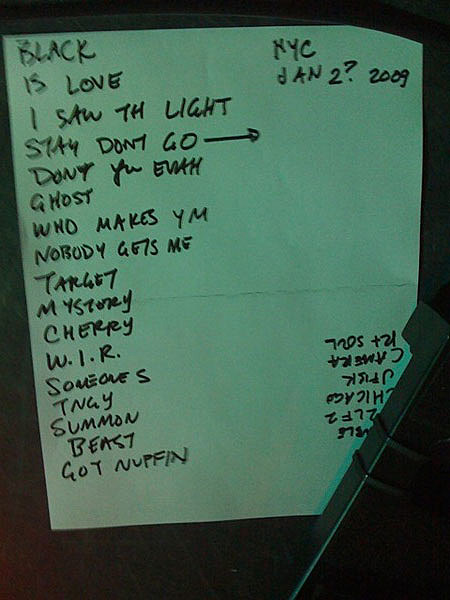 Spoon - "Written In Reverse" on The Tonight Show