If I don't start getting some pictures up from my recent trip to Norway, I'll be lucky if I finish this coverage by the time next year's Oya Festival rolls around. So here's are some photos I took of Spoon. They played at 3:10 pm on the third day of the festival - Friday August 10th the Sjøsiden stage.... 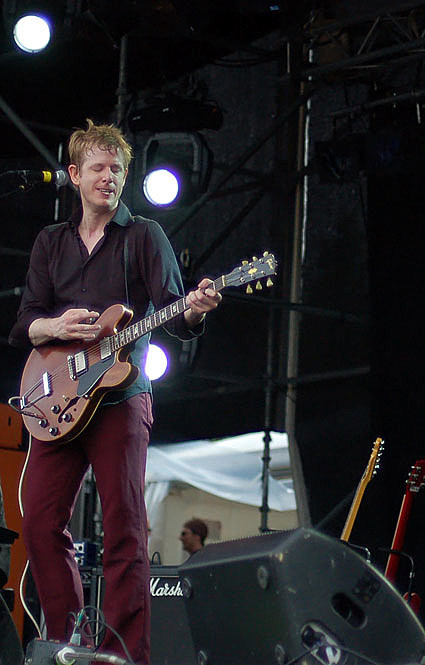 And a funny story: I guess in Norway (in Europe?) it's complimentary to throw stuff at a band you like. It didn't happen a lot, but occasionaly I saw things get hurled towards the stage - a beer usually. Well, a girl (I think it was a girl) in the front row of Spoon managed to land something right on Britt Daniel's head. Not amused, he asked who threw something at him. Quickly realizing who it was, he said something like "She threw it? Out biggest fan threw something at us!". A few minutes later he decided to return the favor by spitting a mouthful of beer in her general direction. I couldn't see her face to see how splattered she got with the mix of warm beer and mucus, but I have a feeling she probably liked it - others around her were definitely smiling. It works both ways, right?

Anyway, some people might say Britt Daniel is a jerk. I don't have enough evidence to support that theory though. The show was good. 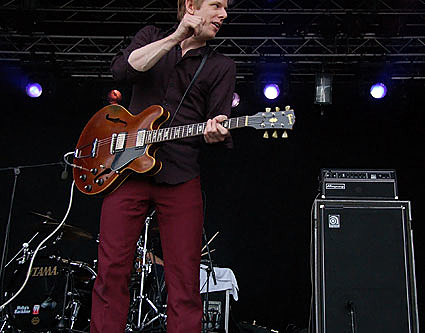 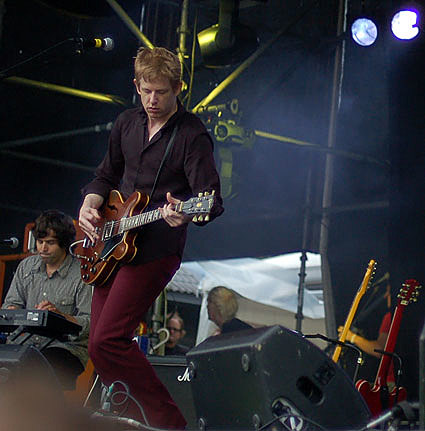 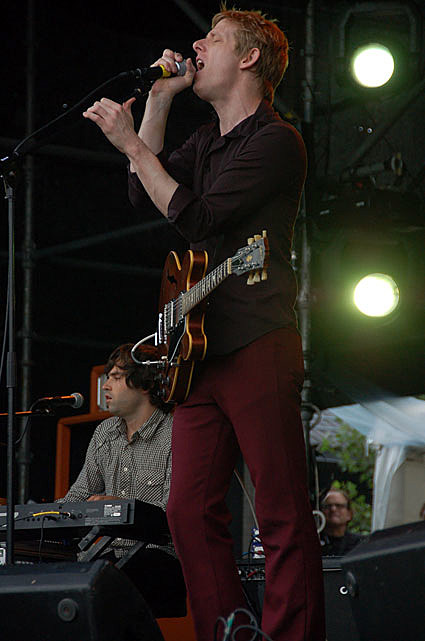 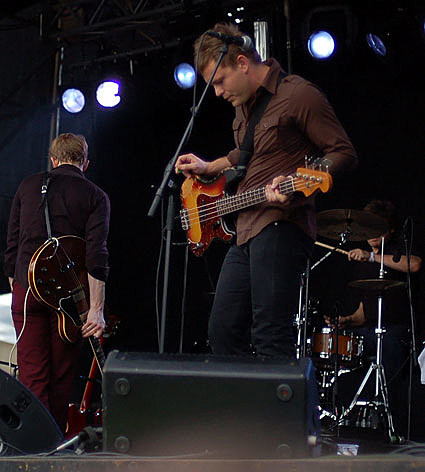 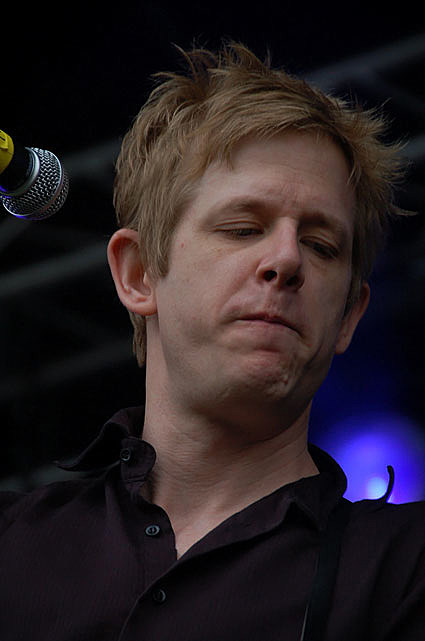 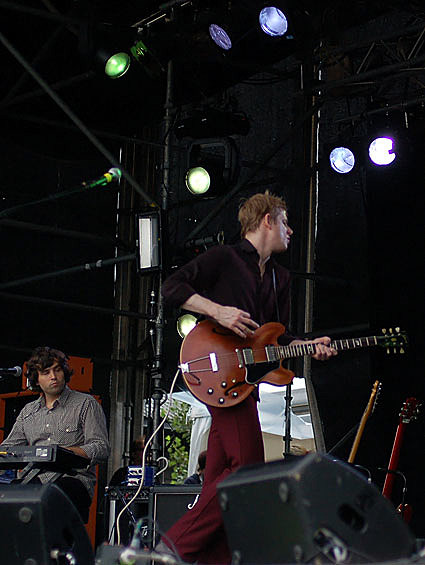 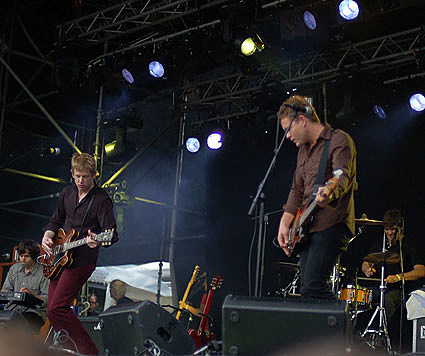 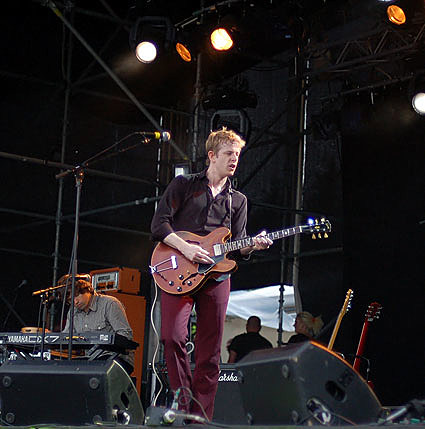 Spoon's next NYC show is at Roseland for CMJ.