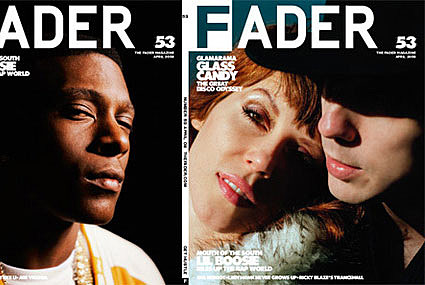 Spin did a feature a month or two ago on the resurgence of disco. Andy from Beta Blog did a bunch of interviews with James Murphy, Morgan Geist, Mike Simonetti, Dj Harvey, Johnny Jewel (of Glass Candy), and Thomas of Rub 'n Tug for the piece. He's printed up the interviews in their entirety on his blog and Daughters of Invention has the links to all of them in one little piece. Take some time to read these: all very recommended.

A little more recent, FADER caught up with Glass Candy in Portland and put together a nice profile and a few videos. RCRD LBL has a remix for download.

Speaking of FADER, they most properly shed some light on DFA behind the boards producer gone solo Eric B and his Sticky Disc record label. Listen to the fantastic "Keep on Move" over there.

The venerable London club The End is giving away music via a downloadable mix series called "Recommends." You have to register, but these cats know what they are doing. If you are in London, drop in on Durrr or any one of their fabulous rave ups.

Tickets are on sale for an August 6th Soulwax show at Irving Plaza.

Not sure where the idea that Matthew Dear is either "euro" or a "hipster" DJ is coming from, but it seems Hot Chip fans got a treat when his "Big Hands" outfit opened (and did a song with) Hot Chip on Tuesday.