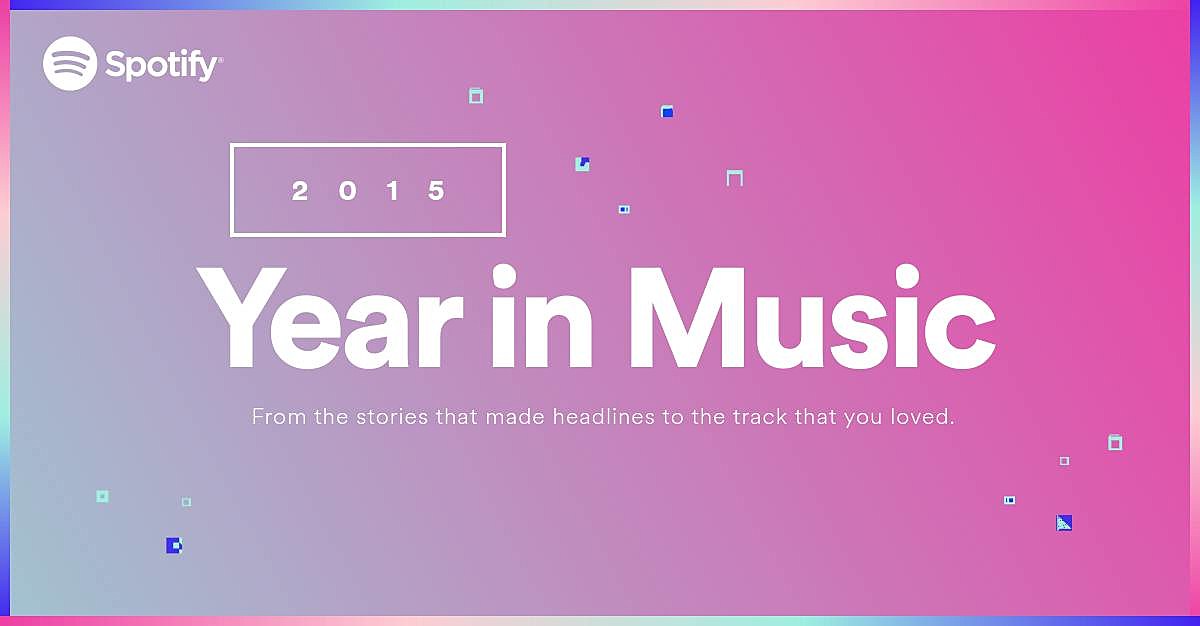 2015 was one of the greatest years for new music in a while. Even if you're obsessive, you probably still have some catching up to do. We can try to help. Within the first two episodes of BrooklynVegan's new Spotify show (here and here), you'll hear some of our favorite music of the year. You'll find even more in our Favorite Albums of 2015 list, and browse our Best of 2015 tag for even more lists.

Probably not too surprisingly, BrooklynVegan lists didn't include any Ed Sheeran or Maroon 5, but also probably not surprising that those were two of the five most listened-to artists on Spotify in 2015. The other three were Kanye West, The Weeknd and Drake (the latter of which made our favorite albums list). That data and much more like it is what you'll find at Spotify Year in Music.

The Spotify Year In Music recap also pointed out that the year had some big comebacks. Missy Elliott was popular after guest starring at Katy Perry's Superbowl halftime show and finally releasing a new single. Streams of Amy Winehouse's music spiked 70% after the release of Amy. And people were glad to finally have D'Angelo back too.

Rap was extremely popular on Spotify this year, with all five of the top five albums and seven of the top ten coming from rappers. That's consistent with our recent suggestion that major label rap hit a massive peak in 2015. The most loyal fans of the year though, according to Spotify's data, were metal fans.

To see all of the Spotify Year In Music, or to get your own Year in Music based on your profile, visit the site here. Interested in finding out how popular a specific artist was? They have a page for that too.

Don't have a premium Spotify account yet? We've also got a giveaway package from Spotify, that includes a one-year premium subscription, one pair of Bose in-ear headphones, one Soundwave Canvas, and one $50 TicketMaster gift card. Head below to enter for a chance to win. Winners must be 18 years or older and live in the U.S..