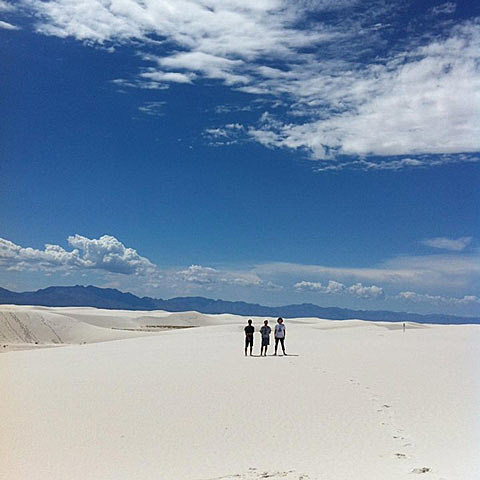 Austin's Spray Paint already released one record this year, Punters on a Barge, and already have a new one in the can, titled Dopers, which will be out via Monofonus on October 23. The new one was produced by Chris Woodhouse, who has twiddled knobs for most of the current garage rock glitterati (Oh Sees, Wand, Ty, etc). He brings a fuller sound (and definitely more of a bottom end) to Spray Paint's caustic sound, without softening it one iota. The pudding of proof: sneering ripper "Thrash Master" still sounds like it could strip paint. Listen below.

The band will be on tour in October including NYC for CMJ with one confirmed fest show so far: October 16 at Union Pool. The rest of that show's lineup and ticket info are still TBA. All dates are listed below.