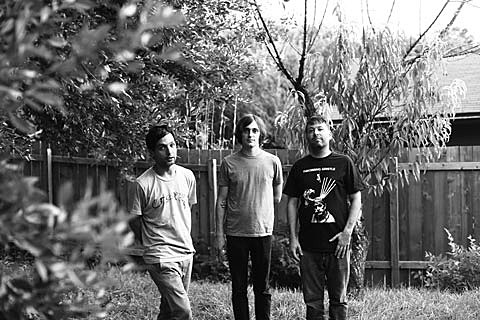 Spray Paint's new album Dopers is out this month (10/23) and the band have made a video for "Signal Master" which makes its premiere in this post. A barrage of quick shots filmed on tour and elsewhere, when matched with the song ("It's time to put the dog down" is its refrain), the whole thing takes on a twitchy nightmare vibe. Get the creeps below.

As mentioned, Spray Paint will be in NYC for CMJ and a couple of shows have been announced: Friday, October 16 at Cake Shop with The Gotobeds, J Fernandez, Turn to Crime and Eaters; and then later that night at Union Pool with PC Worship, Strange Wilds, and Lushes. Tickets for both of those CMJ shows are on sale now.

Spray Paint have other tour dates as well, including one at Bard College, and all are listed below.