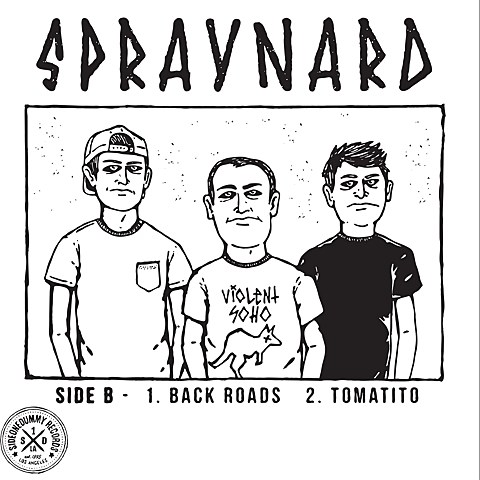 West Chester, PA's Spraynard already put out their new album Mable on Jade Tree this year, and now they're releasing a split 7" with Violent Soho too. It comes out digitally this Friday (10/16) and vinyl copies will be out later on, via SideOneDummy. Pre-orders are available. They're also planning to have copies available at The Fest at the S1D table during registration.

The split features the new Spraynard song "Back Roads," which premieres in this post. If you liked the raw but poppy punk of their new album, you'll probably like this too. Listen below.

Spraynard are currently on tour with Off With Their Heads and Lee Corey Oswald leading up to The Fest. Dates are listed below.

* - w/ Off With Their Heads, Lee Corey Oswald