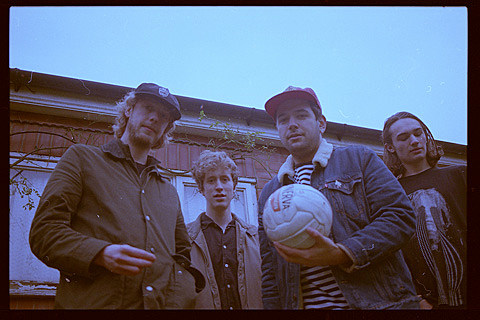 UK upstarts Spring King have a new EP, They're Coming After You, which is out April 20 via UK label Handsome Dad. It'll be out in the US sooner, as a digital single on Feb 24 via Mom + Pop imprint Mermaid Avenue. We've got the premiere of rocking lead single "City" which is a real corker. (If you like Wavves and Twin Peaks style of poppy indie rock, you'll probably like this.) You can stream it, and check out the EP's cover art, below.

Spring King will be visiting the US for SXSW this year, so if you're going to that keep an eye out. Unfortunately they aren't playing any shows outside of Austin. (Maybe you caught them at CMJ last year in NYC.) Right after SXSW they'll be touring the UK with Courtney Barnett. All dates are listed below...