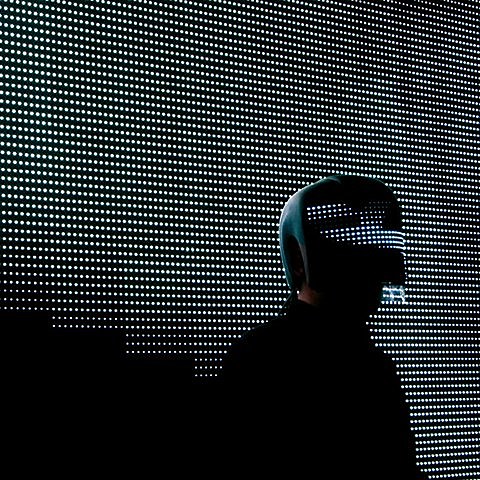 Back in May, drill & bass master Squarepusher announced a North American tour which included a TBA NYC show set to happen on October 30. Well it turns out the NYC show will actually be on November 1 and it happens at Terminal 5 with a great list of openers; Bonobo (DJ), Holy Fuck, and Mount Kimbie. Tickets for that show go on sale Friday (6/29) at noon with an AmEx presale starting today (6/27) at noon. All Squarepusher dates are listed below.

Squarepusher released his new album, Ufabulum, in May and it's a pretty solid one. It opens with "4001," which is just about the only song that sounds like classic Squarepusher, and is then followed by, "Unreal Square," which brings in a bit of brostep bass wobble. The rest of the album sees Squarepusher diving into nutty jazz fusion and unstoppable breakbeats. You can stream three of its tracks below.

Speaking of Mount Kimbie, they've signed to Warp, the label which Squarepusher also calls home, and currently at work on their second album which will be released on the label. The Terminal 5 show appears to be their only announced North American date at the moment.

Holy Fuck and Bonobo will be in NY even sooner for Camp Bisco, which goes down from July 12-14 at Indian Lookout Country Club in Mariaville, NY. They'll be joining a lineup which includes Tycho, Simian Mobile Disco, Skrillex, Amon Tobin ISAM, Big Boi, Crystal Castles, Yacht, Mr. Muthafuckin' eXquire, Shigeto, FaltyDL, Thundercat, and more. Tickets for the festival are still available. The full lineup is listed below.

In related news, You can also catch Holy Fuck frontman Brian Borcherdt in NYC right after Bisco with his new project, Dusted, who play Glasslands on July 15. Tickets for that show are still available.

A list of all dates and song streams below...