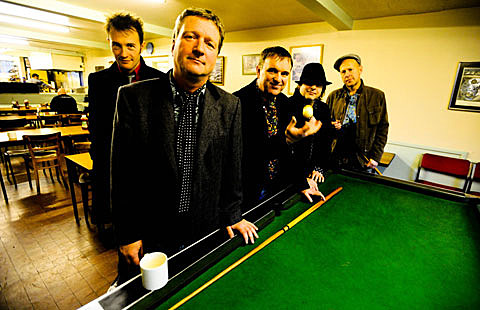 UK new wave pioneers Squeeze, who reunited in 2007, have a few US festival dates this year including Coachella in April. They just recently announced that they'll also be playing some other US shows that same month including a NYC show happening on April 28 on Roseland Ballroom and an Englewood, NJ show happening on April 23 at Bergen Performing Arts Center. Both of those shows are with The English Beat. Tickets for the Roseland show ($55 Advance, $60 Day of Show) go on sale Friday (2/24) at 10am, but there's also a presale that starts 24 hours earlier. Tickets for the NJ show go on sale Friday at noon.