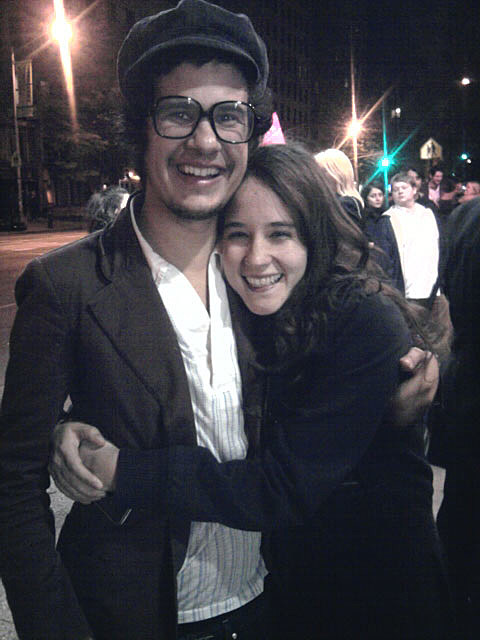 The new date for the Omar Rodriguez Lopez Group show at Highline Ballroom is September 17th. Tickets are on sale. The Mars Volta member's film premiered at the Tribeca Film Festival last night. As you can see above, Omar was in attendance.

The May 3rd Chapterhouse and Ulrich Schnauss show at The Bell House sold out. Tickets are on sale for a 2nd show one day later with the same lineup.

Matmos and So Percussion will be playing at (Le) Poisson Rouge on Wednesday, June 9th. Tickets are on sale now.

Saturday night's show at Bruar Falls is free and going to be packed.