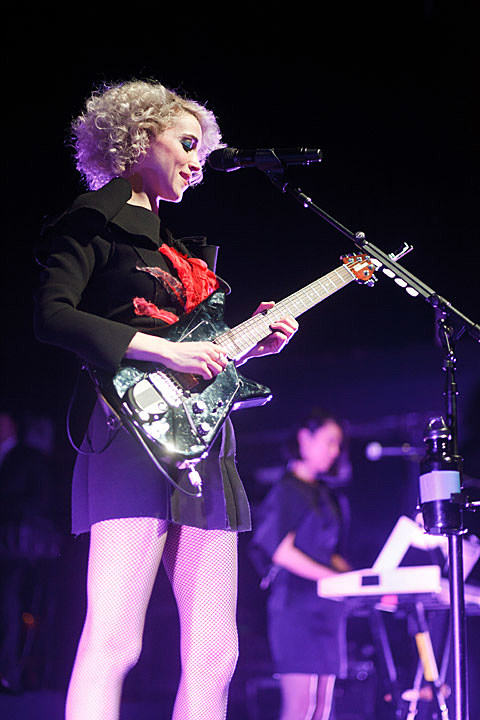 In celebration of her great new album, St. Vincent kicked off her tour with a sold out show at NYC's massive Terminal 5 last night (2/26), her largest headlining show in this city to date. (Not counting the Williamsburg Park show she played with David Byrne, who was in attendance last night but not on stage.) She played almost all of the new album, plus a ton of favorites from the first three like "Cruel," "Cheerleader," "Marrow," "Your Lips Are Red" and more. She also ended the pre-encore set with the fuzz attack of her shredding 2012 Record Store Day single, "Krokodil." Pictures of the show, including one of the setlist, are in this post. Holly Herndon opened, but unfortunately no pics of her. 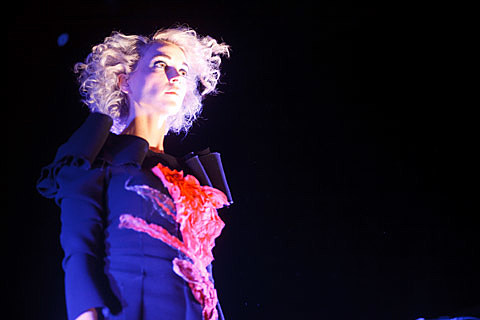 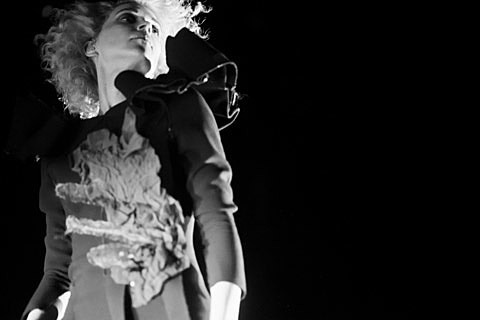 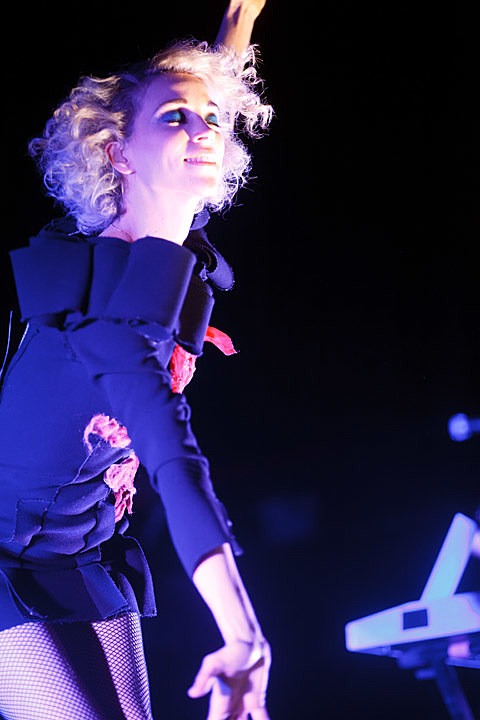 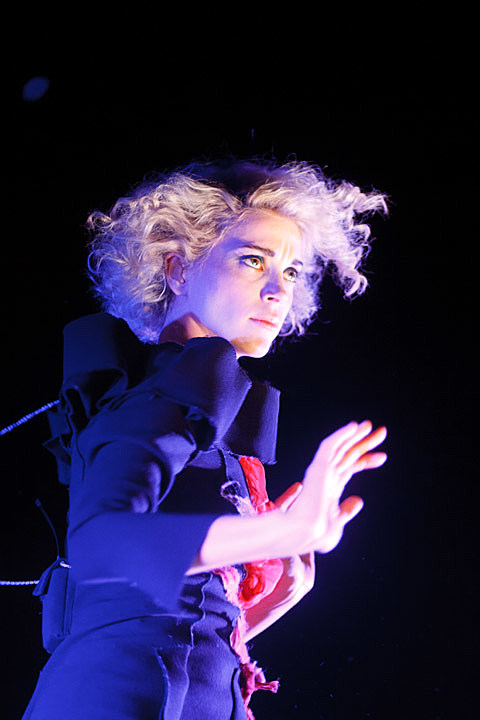 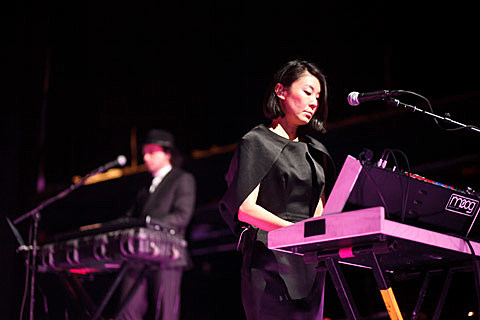 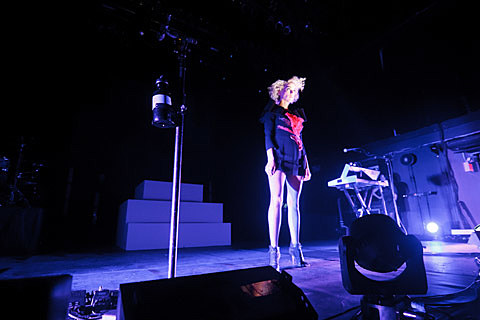 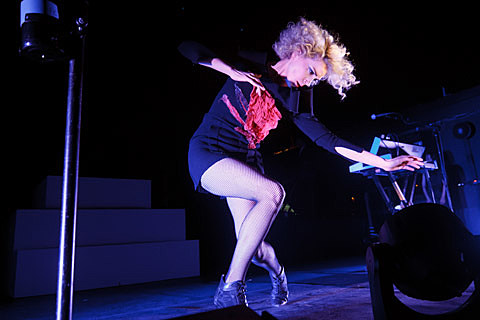 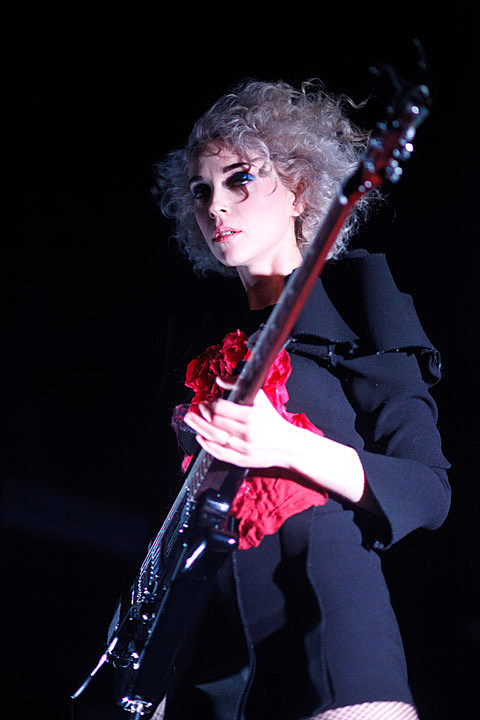 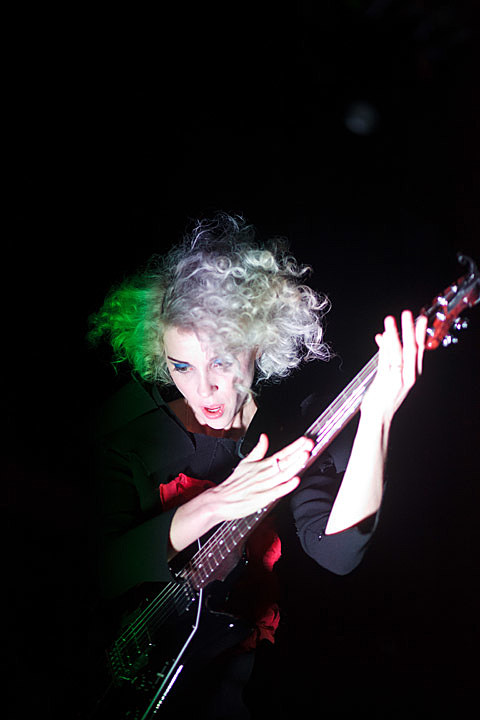 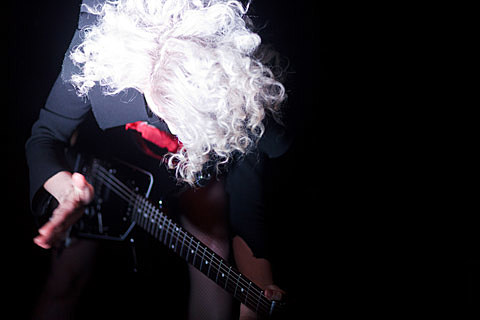 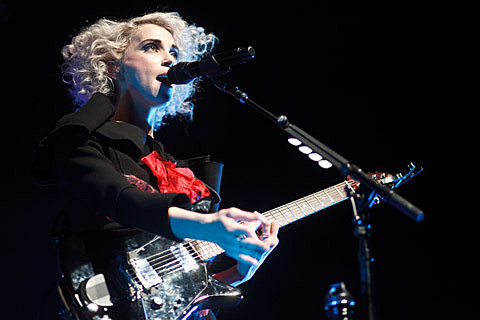 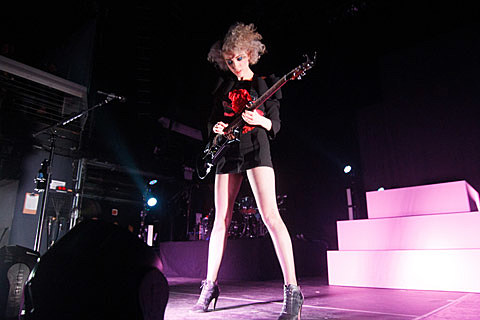 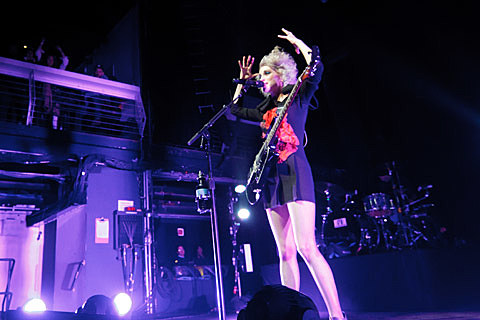 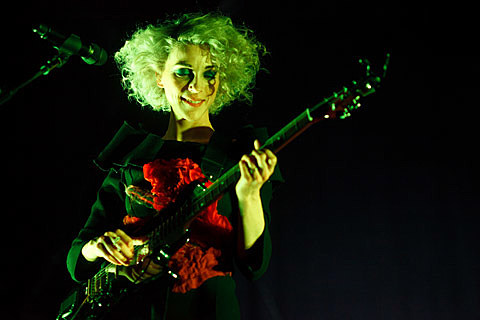 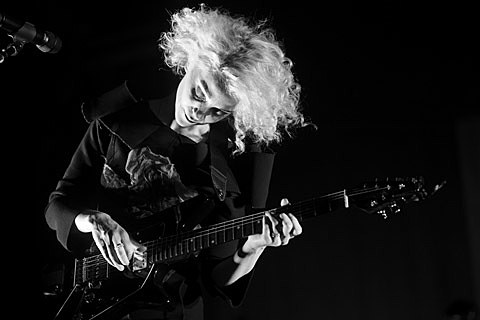 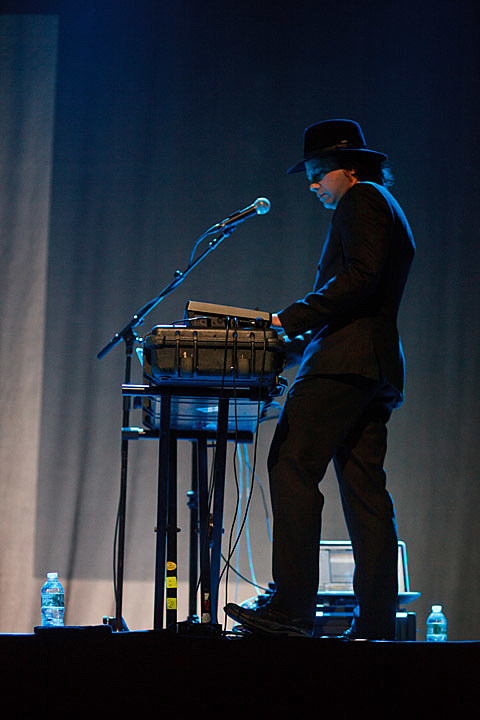 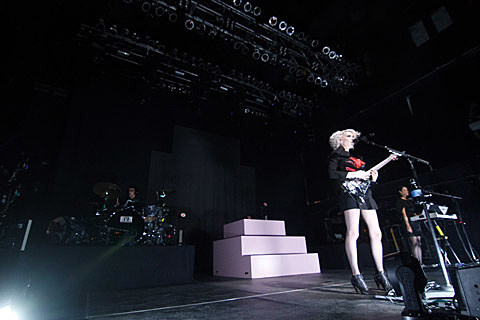 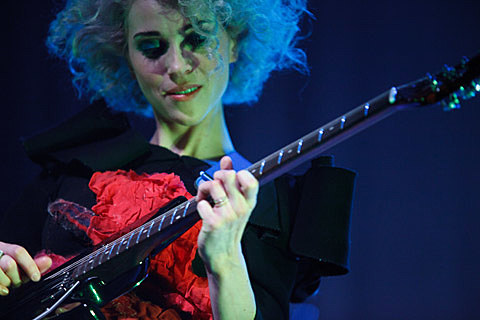 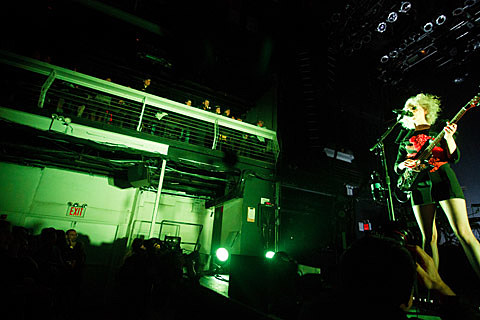 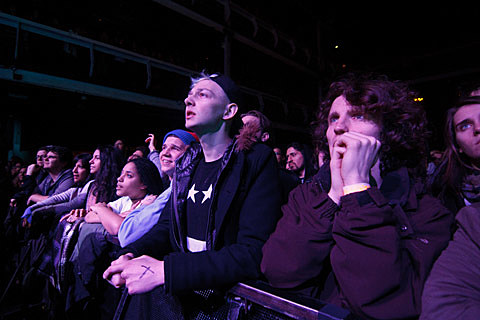 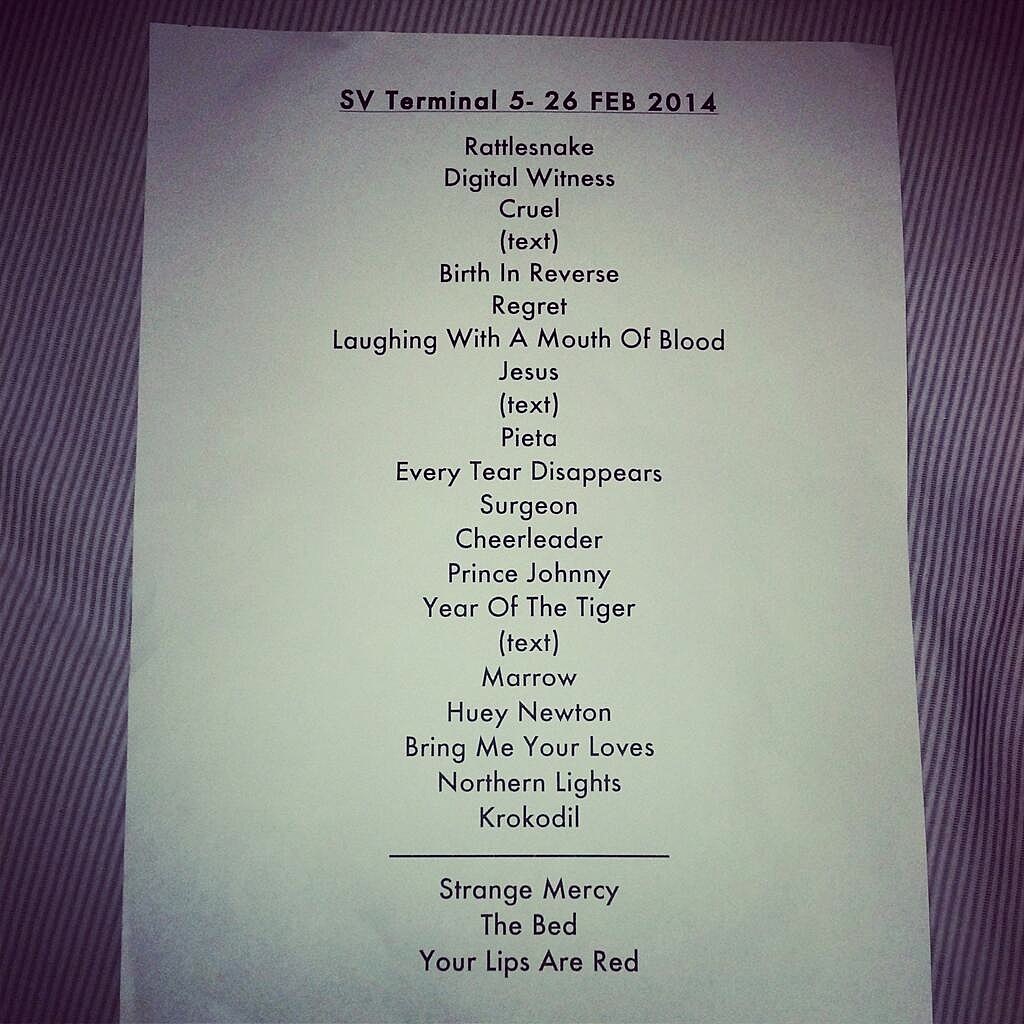