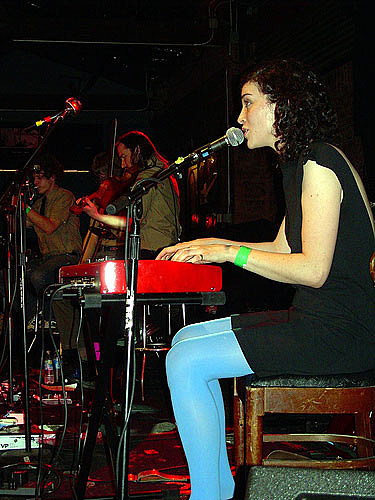 "Singer and multi-instrumentalist Annie Clark, aka St. Vincent, has signed to Beggars Banquet to release her debut album, Marry Me, on July 10 in the U.S. (with an August release in the UK). The 23-year old is a veteran guitar slinger in two musical armies, the Polyphonic Spree and Sufjan Stevens' touring band." [Pitchfork]