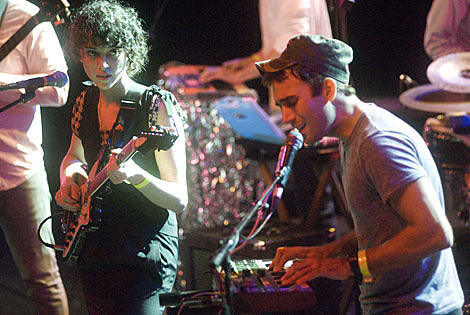 Annie Clark (aka St. Vincent) rocked BAM's Howard Gilman Opera House at BAM's all-night party The Takeover [Saturday] night. While it was a little weird to see a rock show at a sit-down theater, her music was suited to the venue. She manages to somehow sound delicate and strong at the same time, filling the theater with sound, but causing the audience to hold our collective breaths for fear of overwhelming the poor girl. She had five other people on stage with her, with a sax/clarinetist, a pianist and a violinist in addition to a bassist and drummer, lending a chamber pop flavor to the mix.

Let not all this lead you to believe that the girl cannot rock, though. She totally shreds on the guitar. It creates a good incongruousness to her fragile voice.

She played a few new songs, although this was my first time seeing her, so I wouldn't have realized. But they were as well received as the older stuff. Though the show was almost an hour long, she played about seven songs. I don't know if it was the setting, the hour, or what, but each song seemed to last forever (in a good way) creating an ideal atmosphere in which to kind of bliss out.

She wrapped up the show by inviting Sufjan Stevens onstage (he had curated and hosted the night's performances) for a cover of Phil Collins' "In the Air Tonight."... [AM NY] 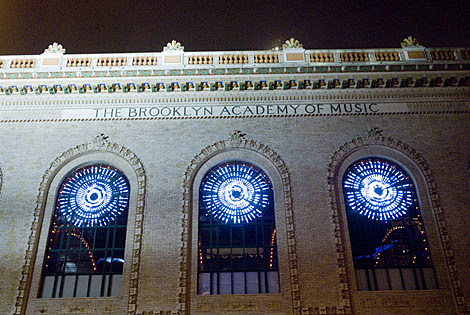 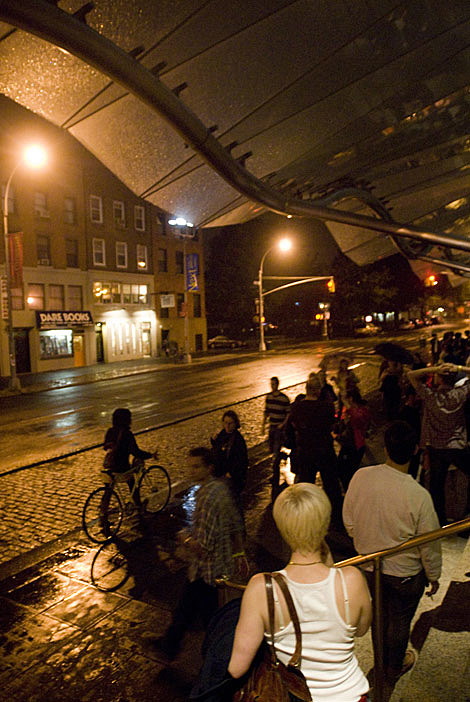 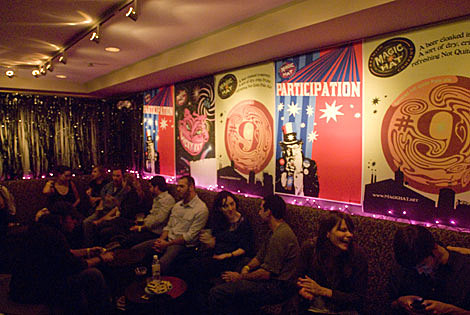 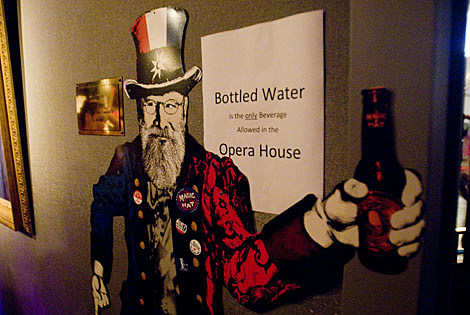 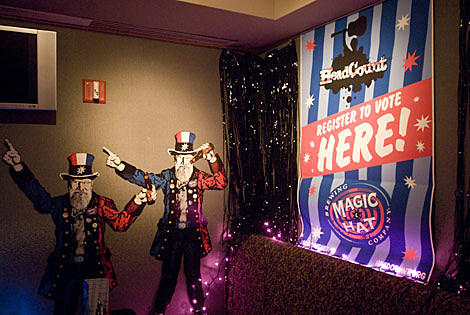 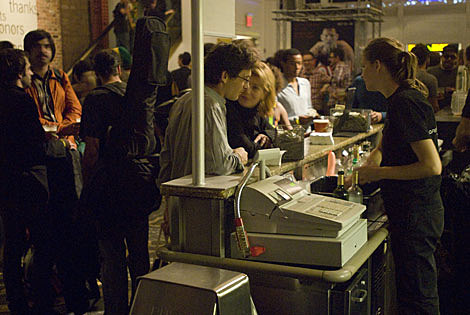 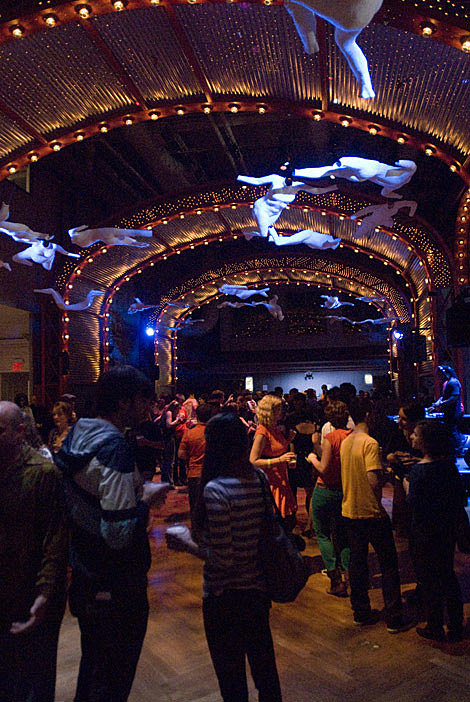 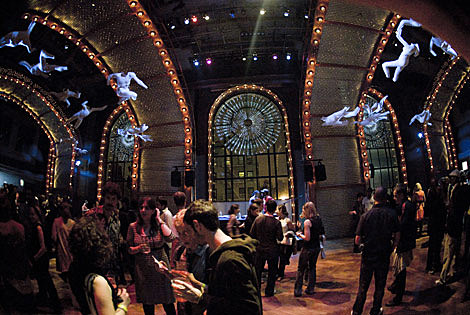 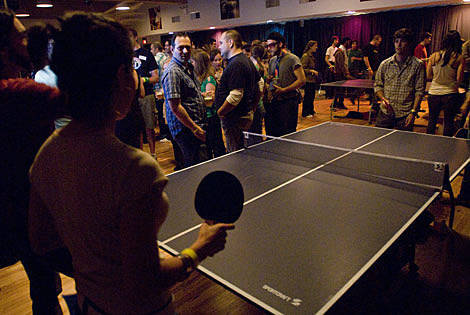 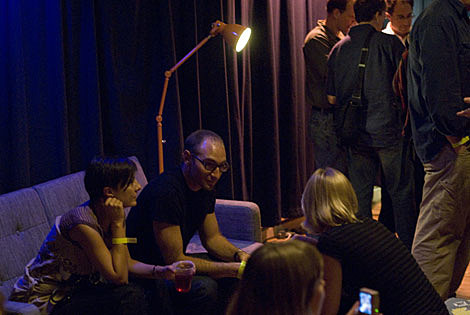 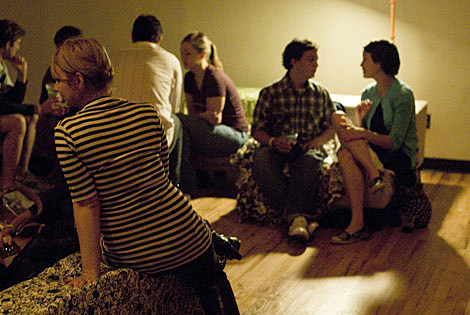 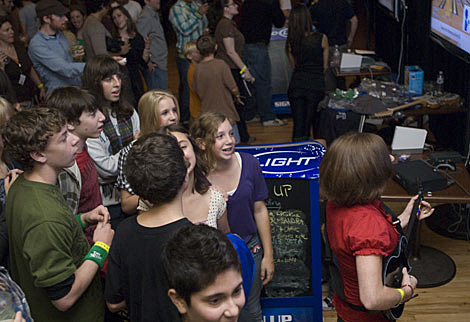 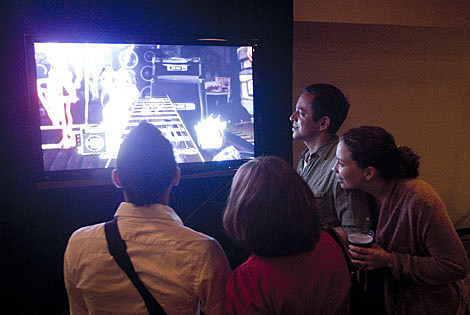 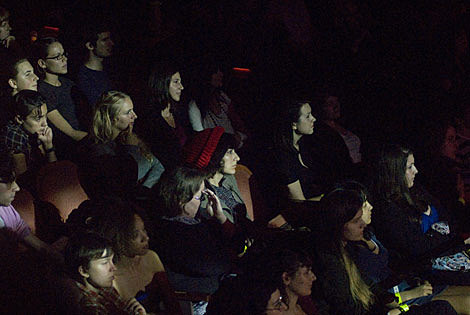 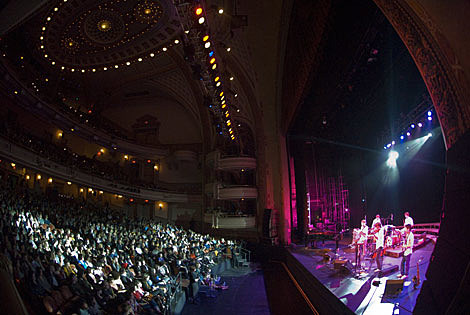 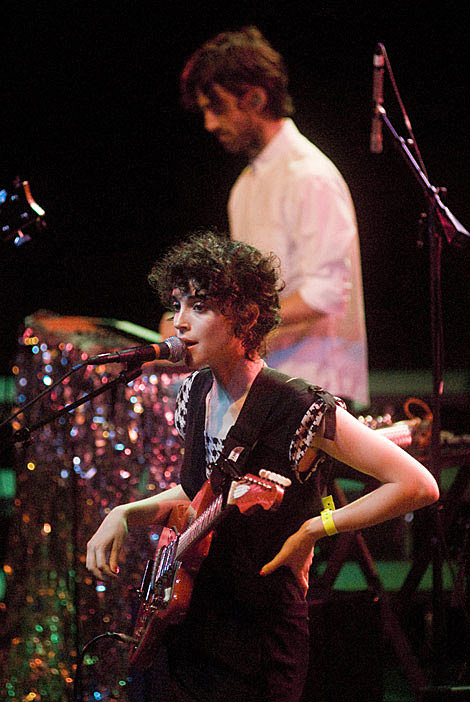 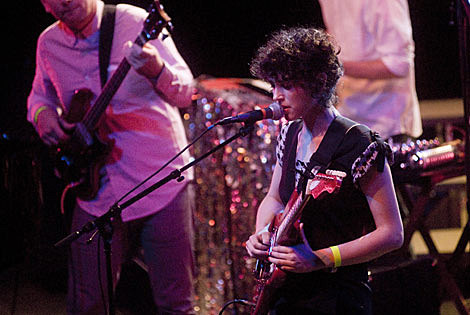 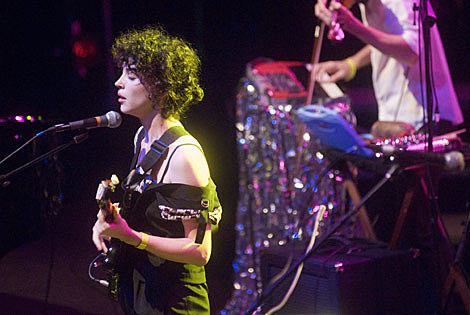 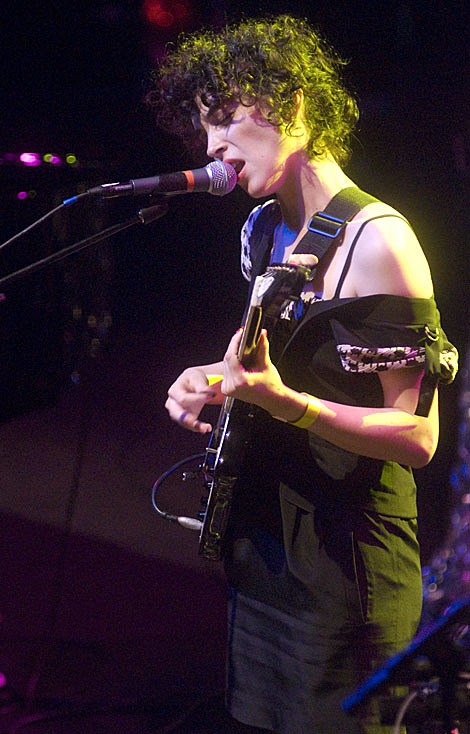 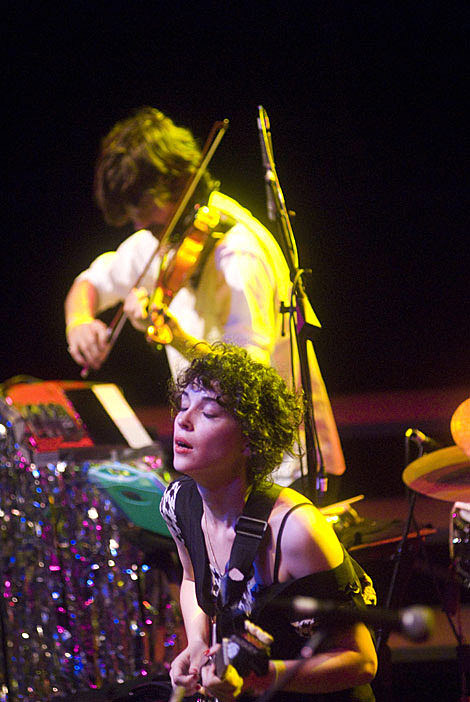 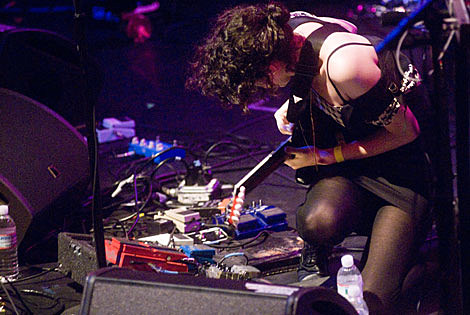 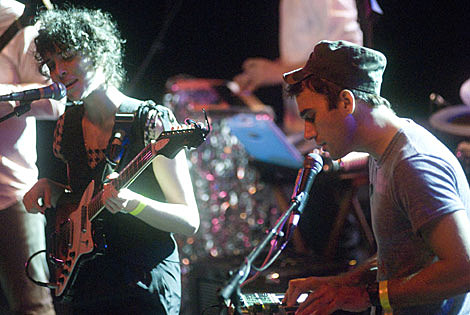 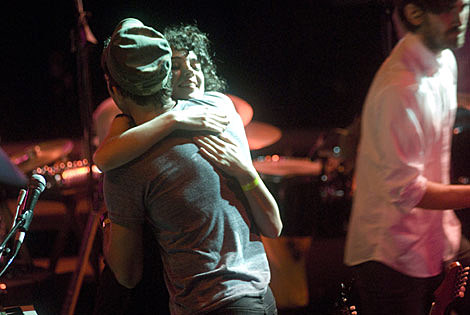 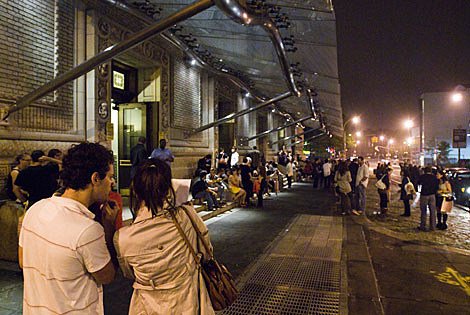