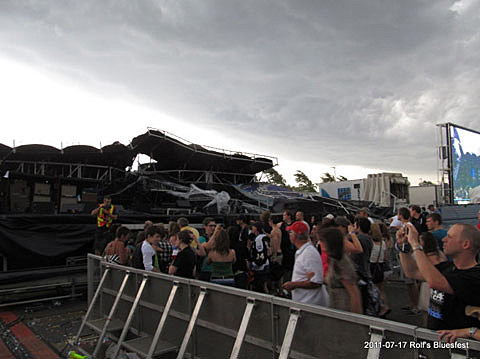 A strong downward burst of wind is believed to have led to the collapse of the main stage during a performance Sunday night at Ottawa Bluesfest.

Though not an official finding, Environment Canada said they are fairly confident a downburst was the trigger for the collapse of the main stage 20 minutes into a performance by Cheap Trick.

A downburst is a particularly strong downdraft of air from a thunderstorm that spreads out in all directions when it hits the ground and can potentially cause as much damage as a tornado. Thunderstorms with wind gusts up to 96 km/h began around 7:30 p.m. ET and continued on and off through the evening.