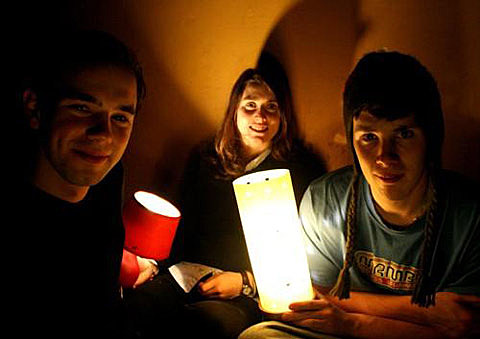 Last night was kind of a blowout night for NYC concert-going. So many great shows, big and small, I hope you all went to something and didn't stay home watching Top Chef or something. (I missed it all, I had to work.) The weekend doesn't look quite as action-packed but there's no hurting for great music options.

My top pick for the weekend would be Standard Fare who are over from England and are playing two NYC shows: tonight (8/5) at Bruar Falls and tomorrow (8/6) for the Mondo! party at the about-to-be-renovated Don Hill's. I've written about Standard Fare more than once, so I'm just going to quote myself here:

Standard Fare's The Noyelle Beat (out now in America on Bar/None) is one of the best indiepop records of the year (along with Allo Darlin's debut). Cute, romantic, but with some muscle in there too. You can download a couple of tracks from it above. You should also watch the new video for their great single "Philadelphia" at the bottom of this post.

Tonight's Bruar Falls show would be worth going to even if Standard Fare weren't playing. Also on this all-over-the-place bill are low-fi legend R. Stevie Moore (who recently played with Ariel Pink), all-girl trio Brian, and Japanese cosplay singer, Reni. Video of the latter is at the bottom of this post. 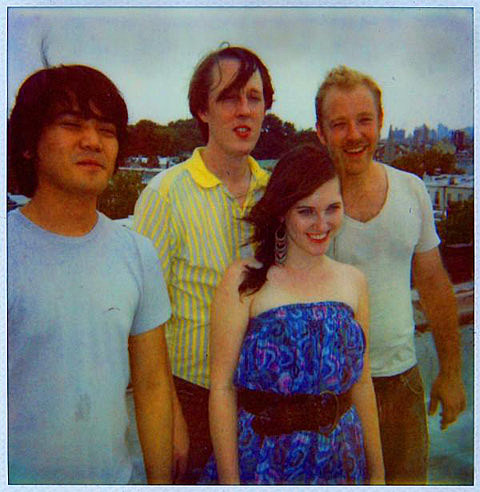 If you're not at Bruar Falls, you might consider its sister venue, Cake Shop, tonight (8/5) to catch Lower Dens, Air Waves and Inoculist. Lower Dens and Inoculist played together last night at Glasslands and by all reports (the ones I heard anyway) it was a great show. You can watch video from last night's show shot by Bleary-eyed Brooklyn at the bottom of this post. I saw Lower Dens during the Northside Fest and thought they were terrific and have been singing the praises of their debut album, Twin Hand Movement, all summer. The record sounds better now as our shadows get longer and the nights cool off. This is a August/September kind of album.

Inoculist (which I keep mispelling "inocultist) is fronted by Jana's brother John, and the two siblings definitely pull from the same record collection. Inoculist's debut, Spells, is a laid back affair, and comparisons to Low's first few albums are not unwarranted. Hunter and keyboardist Ashlyn Davis' voices are well matched for the band's mellow vibe. Really nice. The Hunters will be touring together for a couple weeks, but will split off mid-month and Inoculist will then head out with Little Gold for a week of shows while Lower Dens go it alone down the West Coast and the South.

Rounding out the Cake Shop bill is Air Waves whose debut album is due out on Underwater Peoples sometime in the near future. See them while you can -- Nicole is moving to Austin at the end of the month. Air Waves still have a few NYC shows left till then, though, including next Saturday's (8/14) Underwater Peoples Summer Showcase -- a blowout at Shea Stadium featuring Julian Lynch, Big Troubles, Fluffy Lumbers, Ducktails and more. Advance tickets are available at the UP website. See the flyer at the bottom of this post for the full line-up, and all remaining Air Waves NYC shows are down there too.

And a few more recommended weekend shows that I didn't cover above:

SHARK? are busy working on their Kickstarter-funded album but are taking a break to road test some songs at The Rock Shop. (Download previous SHARK? releases here.) where they'll play with The Great Unwashed (the ones from Staten Island, not New Zealand), Conversion Party, and The Rabbits. 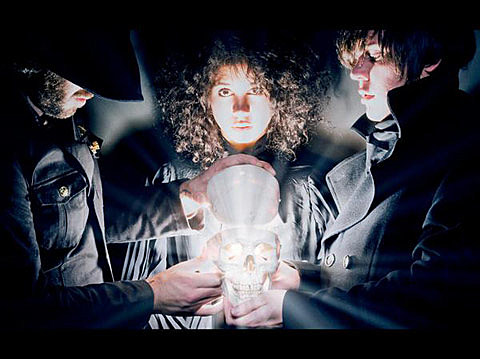 Toronto three piece Lioness are in town, playing tonight at Union Hall. I caught them almost two years ago at M for Montreal where I called them "sultry" and said they "brought a gothy romance to the night's proceedings." There's a little YYYs in their sound. Check out a video at the bottom of this post. Lioness also play Saturday (8/7) at Cake Shop. 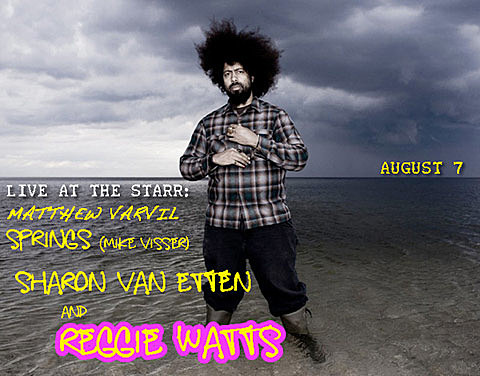 Sharon Van Etten, who was so good at The Rock Shop's Grand Opening on Monday night, plays the Bushwick Starr with...Reggie Watts? Sure, why not. By the way, Sharon's selling copies of her new CD, Epic, at her shows. The record doesn't actually come out till October. Also for sale at the merch table: Rad Van Etten t-shirts that appropriate the classic Van Halen logo.

Terrible Records (run by Chris Taylor of Grizzly Bear) is taking over Brooklyn Bowl for a night they're dubbing the "Terribowl" -- a pun so groan-worthy you'd think I wrote it. Class Actress and Twin Shadow perform and both are worth seeing. It's a late one -- doors aren't till 11:30PM -- but it is free with RSVP. 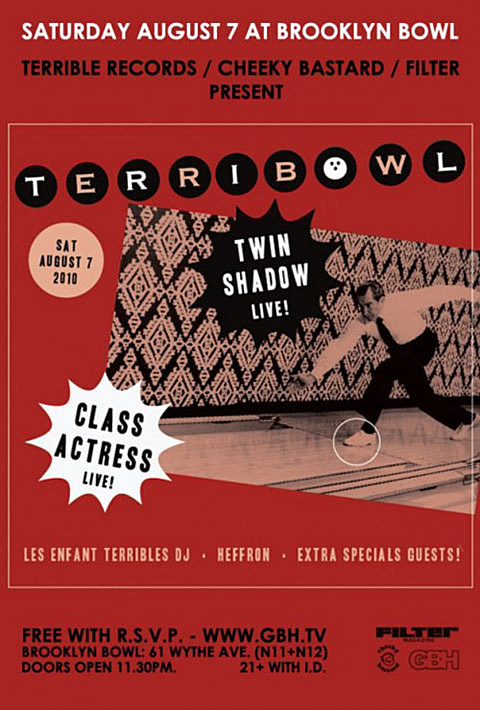 Brave the lines at Central Park for The XX, Chairlift and Jack Peñate. Apparently, Jack Penate played last-minute show at Bruar Falls this past Monday (8/2)... did anybody see that? Jack's record from last year, Everything is New, was one of 2010's more underrated releases if you ask me. He's a good live performer too. I like The XX and Chairlift too but have never been bowled over by either's live show. Which leads me to...

I've always liked Australia's Cut Copy on record, but I gotta say that live they've never done a whole lot for me. (They never seem to actually be playing all that much. I'd much rather see them DJ to be honest.) But they are playing for free at this week's Pool Party at the Williamsburg Waterfront with Tanlines, Glasser, and Restless People. The band have a new record coming out soon and you can download a track from it, the glammy (and a little boring if you ask me) "Where I'm Going" for the cost of your email address from their website.

Lower Dens perform at Glasslands, 8/5/10 from BlearyEyedBrooklyn.com on Vimeo.

Lioness - What You Do Will Come Back to You