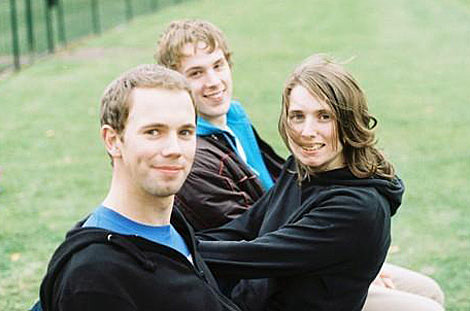 From Sheffield, England come trio Standard Fare, who'll be in New York (and Philly and Boston) before heading to SXSW: They'll play Cake Shop on March 11 (w/ Diehard) and March 14 at Death By Audio. Singer Emma Kupa has a way with a tune as well as clever, lovelorn lyrics and Standard Fare's debut, The Noyelle Beat, is pretty sweet. It comes out March 16 on Bar None Records. Download their single "Dancing" at the top of this post. If you like the likes of Sky Larkin, The Lodger, Los Campesinos! or The Blake Babies, you should definitely check them out. If you're going to SXSW they'll be playing the Cake Shop/Slumberland party on Friday, March 19 at Mohawk with Pains of Being Pure at Heart, Grass Widow, Frankie & the Outs, Summer Cats and Reading Rainbow, plus a few day parties during the week.

All tour dates, plus a video for "Dancing" are after the jump.