Star Slinger and his 7-inch inspiration 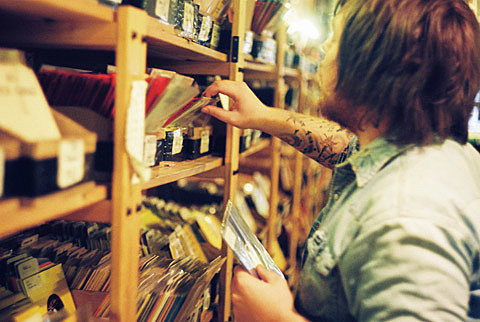 No makeup U.S. tour yet for Star Slinger, who cancelled his March/April trek earlier this year. But a few dates have bubbled to the surface, including 10/7 at the Troubador in Los Angeles and what will be his first-ever NYC show at Music Hall of Williamsburg on 10/28. Tickets for the Brooklyn gig are on sale now.

Star Slinger, who is currently working on official remixes for Foster The People, Daedelus, Washed Out & Toro Y Moi, recently released remixes for Alex Winston, The Morning Benders and many more, in addition to a mixtape featuring songs by Three 6 Mafia, R.Kelly, Fonda Rae, Tyler, The Creator, Slum Village and many others. Stream the tape and a bunch of remixes, below...