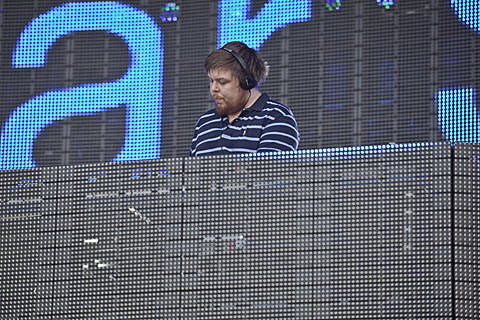 UK producer Star Slinger is set to release a new EP, Ladies in the Back, on November 26 via his own Jet Jam label and the title track from that release, which features Teki Latex, can be streamed below. He'll follow the EP with a full length, due out some time in 2013.

Star Slinger has some UK shows scheduled this month, and not much on his plate after that, but after taking a bit of a break, he'll head across the pond for a show in NYC at Glasslands on December 5 with Bondax and "very special guests." Tickets for that show are on sale now. All dates are listed below.

As mentioned, Star Slinger is one of the producers who contributed to Hundred Waters' remix EP, which came out this past August on Skrillex's OWSLA label. You can stream his taken on their track, "Thistle," below.

Star Slinger - "Ladies In The Back" (feat. Teki Latex)