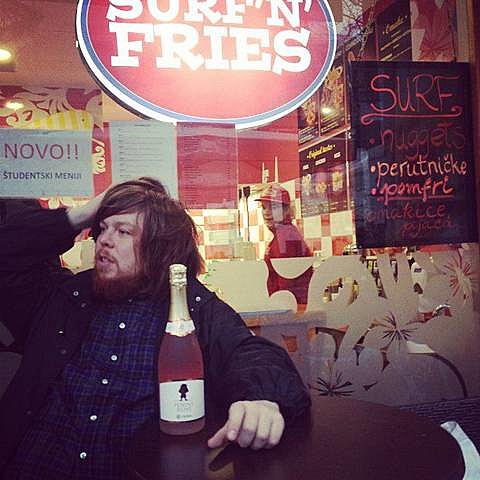 UK electronic guru Star Slinger is currently finishing up some dates in Australia and is about to kick off a tour of North America with co-headliners The Hood Internet and their Chicago neighbor Chrissy Murderbot. That tour, dubbed the "Hood Slung" tour, will be in NYC next week for a May 9 show at Irving Plaza and tickets are still available. All dates on tare below.

Star Slinger has yet to release a full LP but stays busy if his Soundcloud page is any indication. Most recently, the UK producer remixed Darque E. Freeker's new single "Blueberry" that features ostentatious Detroit rapper Danny Brown. You can stream that below, along with a just-posted reworking of Drake/Weeknd colaboration "Crew Love" which you can also download at the top of this post.

After the Hood Slung wraps up, Star Slinger will continue touring around North America, concluding with an appearance at Lollapalooza in Chicago on August 4. All Star Slinger tour dates are listed below.