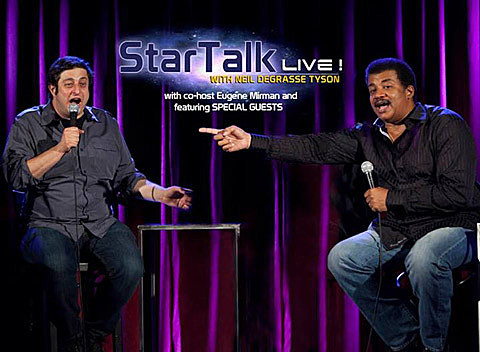 Neil deGrasse Tyson and Eugene Mirman have been doing a live version of space-oriented radio show "Star Talk" for some time, though Tyson is a lot better known these days, thanks to the reboot of science series Cosmos. But Neil and Eugene are still talking stars (live!) and will do so at Beacon Theatre on June 5 with special guests: Robert F. Kennedy, Jr., His Holiness The Gyalwang Drukpa and more! Tickets for this show are currently on fan presale (password is "cosmic") and go on sale to the general public Friday (4/18) at 11 AM.

In other live science show news, Bill Nye the Science Guy will be at Irving Plaza for three nights in July