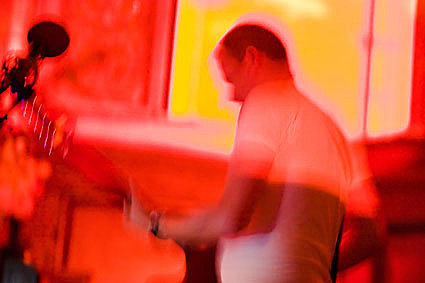 Veteran ambient duo Stars of the Lid haven't played the US in five years, but that will change this fall. First, they'll take part in Kranky's 20th Anniversary shows, which go down in various Chicago venues from December 12 - 15. Other artists playing include Grouper (who has a new "pop" band), Tim Hecker, Keith Fullerton Whitman, Benoit Pioulard, Lichens, Implodes, and more. Full lineups and ticket info below.

Earlier this year, Kranky reissued Stars of the Lid's 1996 album, The Ballasted Orchestra. Stream that album via Spotify, along with the Kranky Anniversary lineups, below...

Stars of the Lid - The Ballasted Orchestra