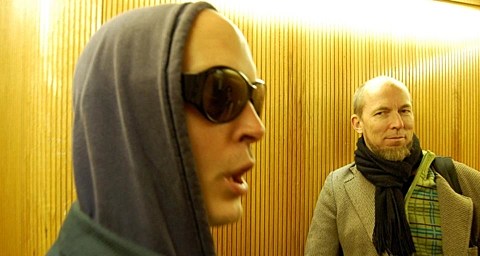 Ambient duo Stars of the Lid are playing two Wordless Music-presented shows this fall. The first is in Brooklyn on September 22 at St. Agnes Church and then they play LA on September 24 at Regent Theater. Tickets for both go on sale this Friday (7/3) at noon. Flyer below.

SOTL are also reissuing two albums that are currently out of print on vinyl: 2001's The Tired Sounds Of and 2007's Refinement of the Decline. The reissues will be out August 14 via Kranky. You can listen to "December Hunting for Vegetarian Fuckface" off the latter, below.

They also say new music is slowly on the way, but while we wait for that, SOTL member Adam Bryanbaum Wiltzie (also of A Winged Victory for the Sullen) has a new solo album out called Travels in Constants Vol 24. You can stream that in full, below (via MusicOMH). 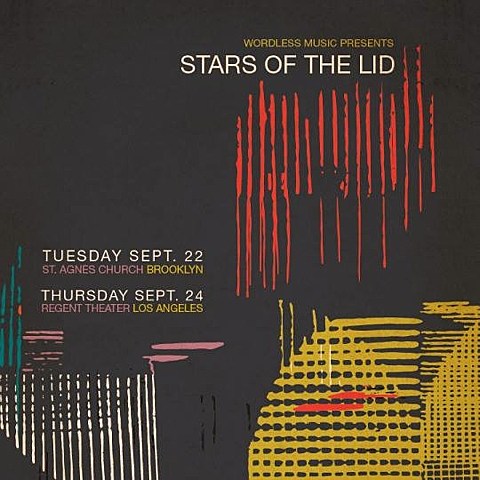