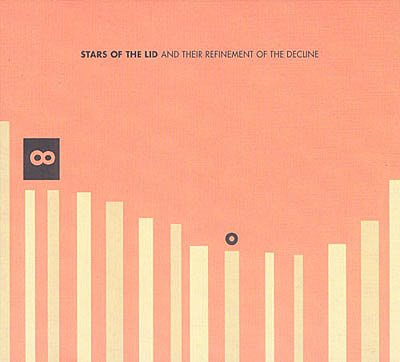 I like Stars of the Lid's highly-acclaimed 2007 album "And Their Refinement Of The Decline" as much as the next guy. I've been looking for the opportunity to bring that up, and here it is. If you haven't heard it - it is the ultimate relaxing background music. You can meditate to it. They could probably play it in spas. I don't know what this band will be like live, but I'm sure it will be beautiful. They'll "be accompanied by their projectionist and a small string ensemble". They'll play Good Shepard Faith Church in NYC on May 2nd. All dates below...