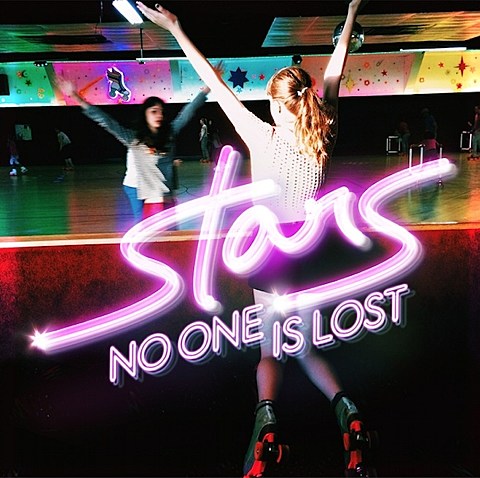 Canadian indie popsters Stars recently announced that they'd put out their new album, No One Is Lost, on October 14 via ATO, and they've since released a single from it, "From The Night." As the album art (above) may have led you to believe, Stars are going for shiny pop this time around. Hints of disco and '80s synth-funk are all over the new single, but it's still got Stars-style minimalism in its verses. Check it out below.

We already knew Stars would be coming to NYC for the Modern Sky Festival in Central Park (10/4-5) with The Blood Brothers, Liars, Cat Power, The Both and more; and now a full US tour with Hey Rosetta! has been announced to take place about a month after that. The new tour brings Stars back to NYC for a show on November 10 at Music Hall of Williamsburg. Tickets for that show will be on sale soon via Ticketmaster.

Stars - "From The Night"