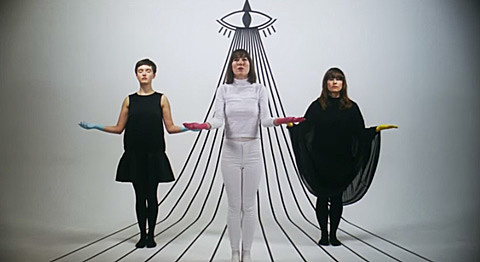 UK trio Stealing Sheep have just released the title track to their excellent second album, Not Real. The song is a good calling card for the album which incorporates synthesizers and drum machines into their British pagan pop roots. If you like Metronomy, these ladies are are now in the same universe. The song's video is a surreal, technicolor trip that could've been filmed in 1968. Watch it below.

Stealing Sheep's Not Real is out April 14 via Heavenly.