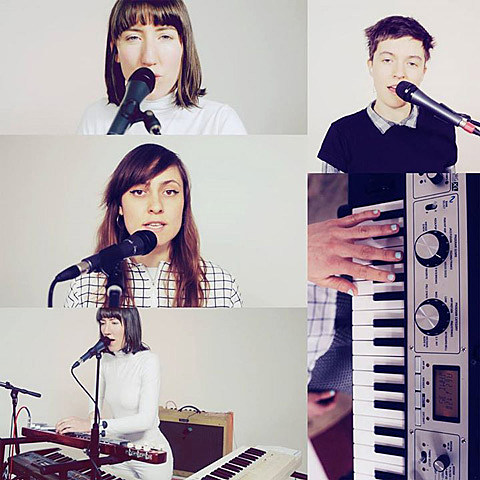 Liverpool trio Stealing Sheep have shared "Greed" from the band's forthcoming sophomore album, Not Real, which is out next week via Heavenly. It's one of the standout cuts from what might be my favorite album of 2015 so far, a literal grower that starts off as a minimal, slow stomper but builds to a tribal mass by its end, with off-kilter harmonies and a theremin hook that sounds straight out of Ironside. Take a listen below.

For an idea of what Stealing Sheep are like live, check out a very cool performance of Not Real's title track shot at Vessel Studios in Liverpool, below as well. And let's hope we get to see them live in North America sooner than later.