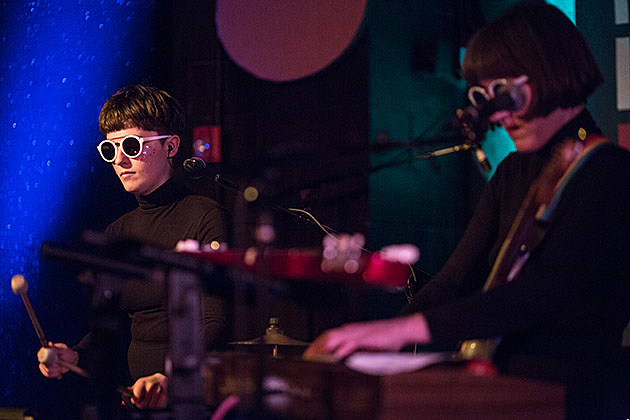 My first band of CMJ 2015 was one of the ones I was most looking forward to seeing: Stealing Sheep. Over for their first-ever U.S. dates, the Liverpool trio kicked off their seven-show NYC invasion at The Living Room on Tuesday (10/13) as part of an all-British showcase that also featured another Liverpool band, Hooton Tennis Club. I'm a big fan of Stealing Sheep's new album, Not Real, which eschewed, for the most part, the faery folk of their debut album, Into the Diamond Sun, for synthesizers. But watching them songs from both albums live, the turn wasn't as radical a departure as it had seemed on record.

Rebecca Hawley (keyboards), Emily Lansley (guitar) and Lucy Mercer (drums) played almost everything live with a ramshackle, clattering charm. Dressing in matching outfits and sunglasses, comparisons to Metronomy's early DIY days (when they taped click-it lights to their chest) is pretty apt. All three sing, often trading off vocals within a song. The harmonies, a big part of their appeal, were nailed.

Apart from the tribal "Greed," Stealing Sheep played everything from Not Real I really wanted to hear -- "Apparition" was especially good -- and "Genevieve" and "Shut Eye" from their first. The band play six more shows (none today, though) including BrooklynVegan's free all-day party on Saturday (10/17, full lineup announced soon HERE). More pics from Stealing Sheep's NYC debut, below... 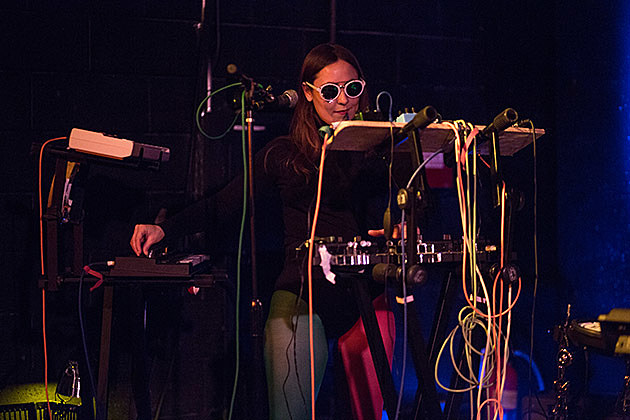 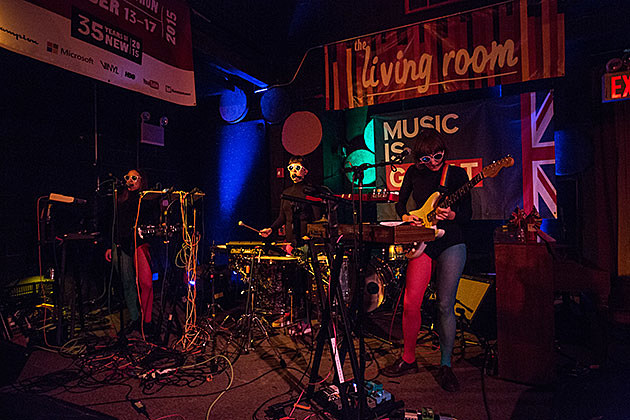 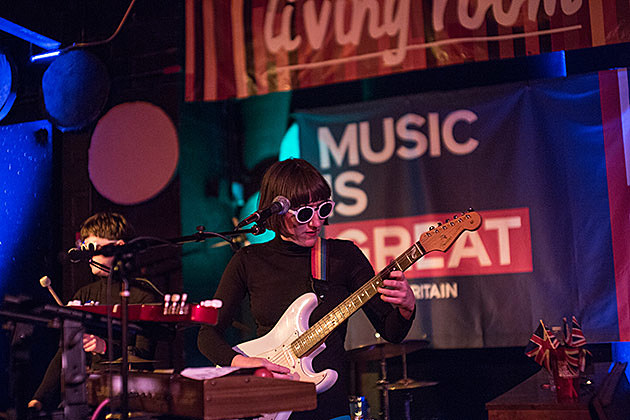 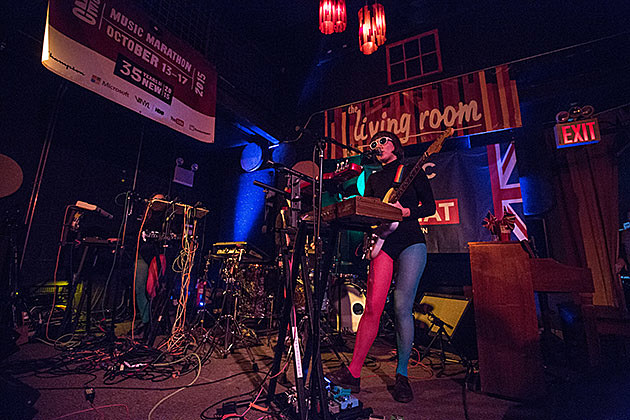 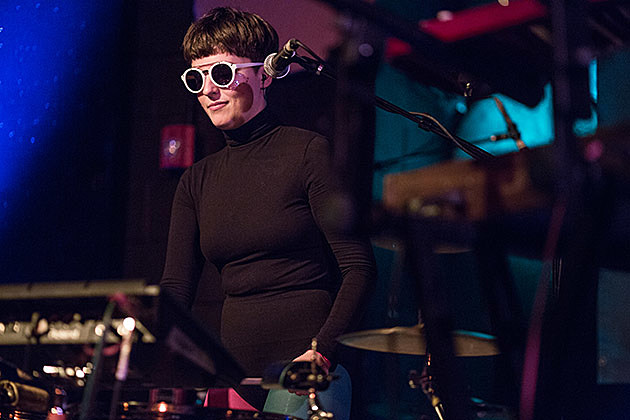 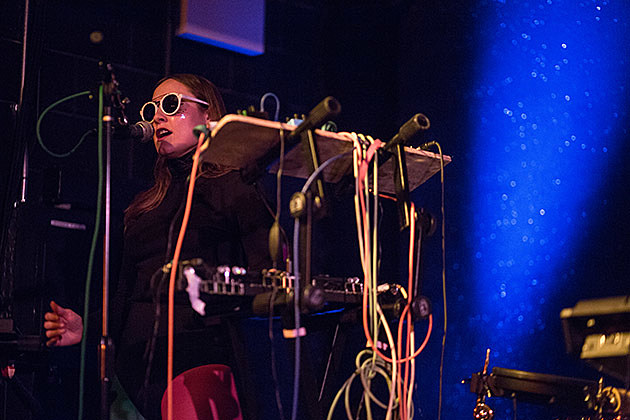 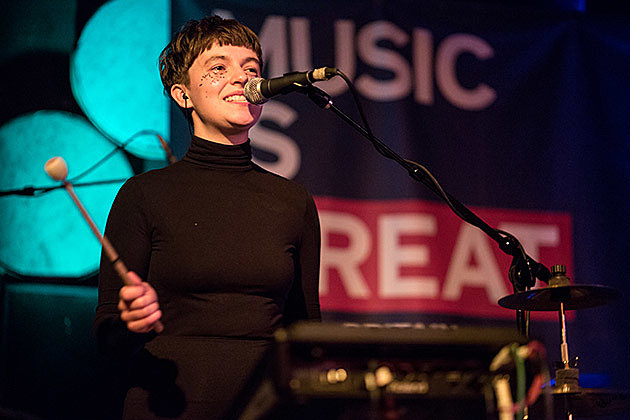 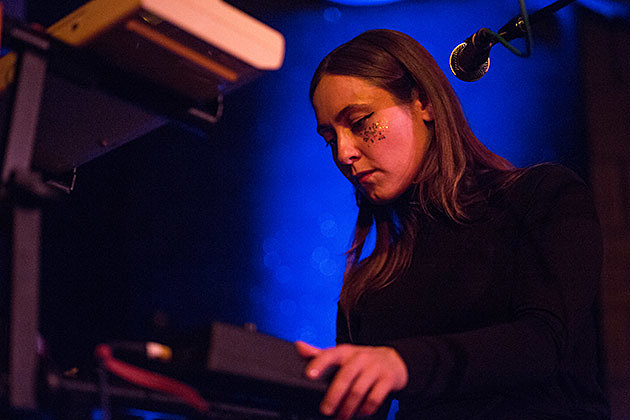 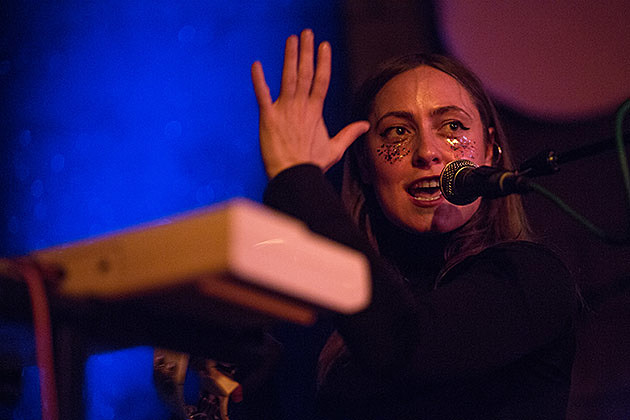 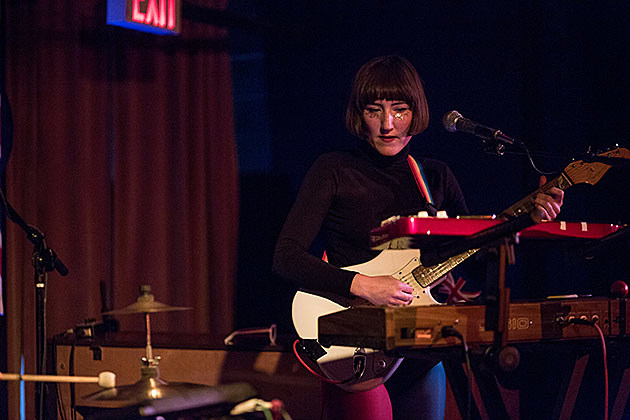 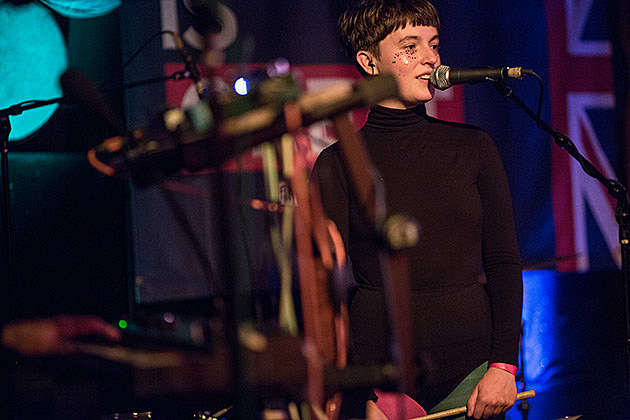 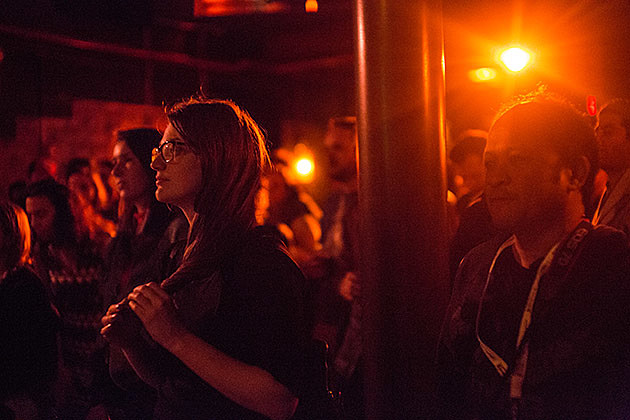 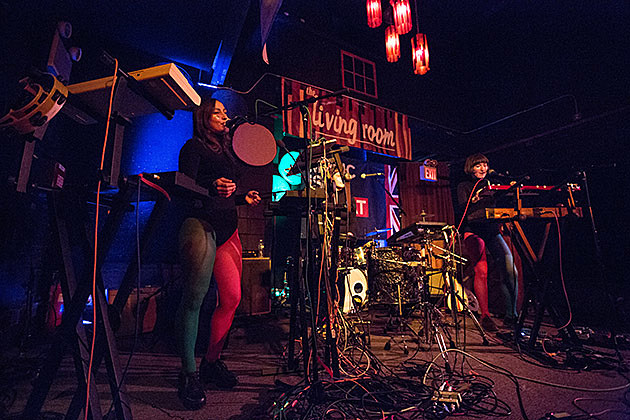 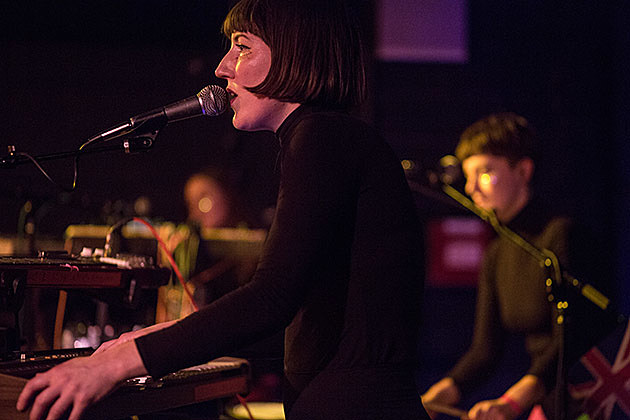 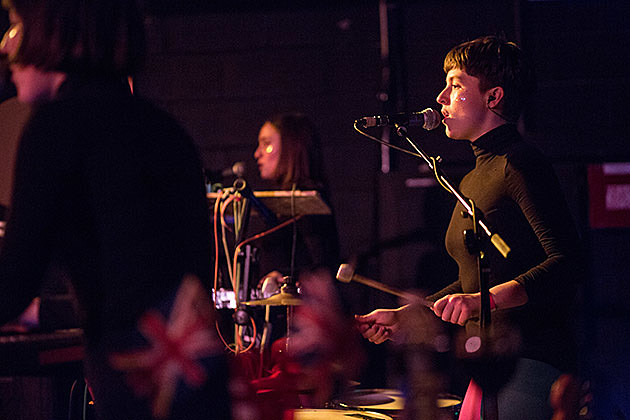 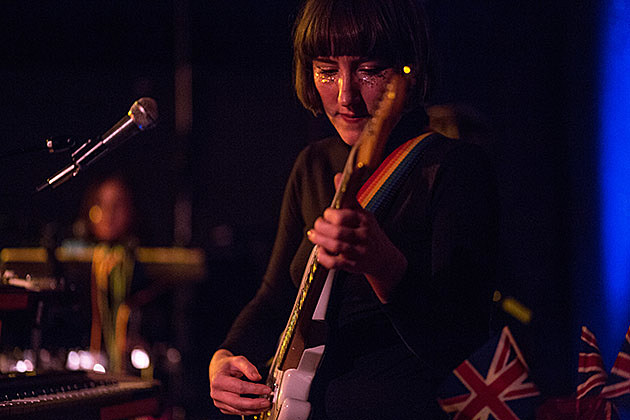