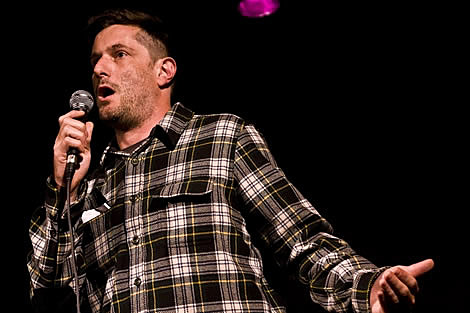 JDub Records is delighted to announce that renowned comedy trio Stella will be back on the road this November. Formed in 1997, Stella features comedians David Wain, Michael Ian Black and everyone's favorite goof-off Michael Showalter.

Showalter first came to recognition as a cast member, writer, producer, and director of MTV's half hour sketch comedy show, The State, which aired from 1993-1995. Michael later went on to co-write and star in the cult classic film Wet Hot American Summer (2001), write, direct, and star in The Baxter (2005), as well as write, produce, and star in Comedy Central's televised Stella (also 2005). In addition to these many feats, Showalter also hosts the excellent online interview show The Michael Showalter Showalter on CollegeHumor.com (you can see the episodes here: http://www.collegehumor.com/tag:michaelshowalter); recent guests include Andy Samberg, Paul Rudd, David Cross and Michael Cera. Showalter's 2007 album, Sandwiches and Cats, out on JDub Records, gleefully inhabits "the comedy danger zone that hovers between too far and just enough" (The New York Times).

Though they rarely tour as a collective, a typical Stella show guarantees audiences a playful mix of mainstream comedy and surrealist wit. Their absurd approach to the mundane promises that no show is the same as the last. So why don't you find out for yourself?

They never really did break up. In fact, you might have caught the trio earlier this month at NY Mag's 40th Anniversary party @ Hammerstein Ballroom. Individually, they are not that rare either (which is a good thing), well Michael Showalter especially, who, for instance, just performed with John Vanderslice at the opening of the 92YTribeca way back before CMJ (10/18). That's where the pictures in this post came from.

Stella play the Nokia Theatre in NYC on December 9th and 10th. Tickets are on sale. More tour dates below... 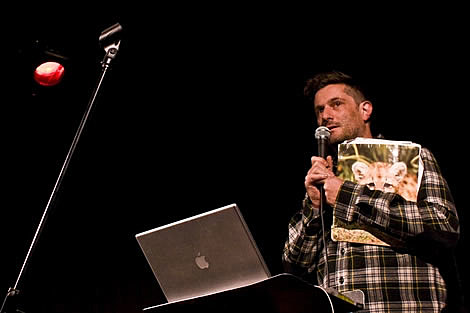 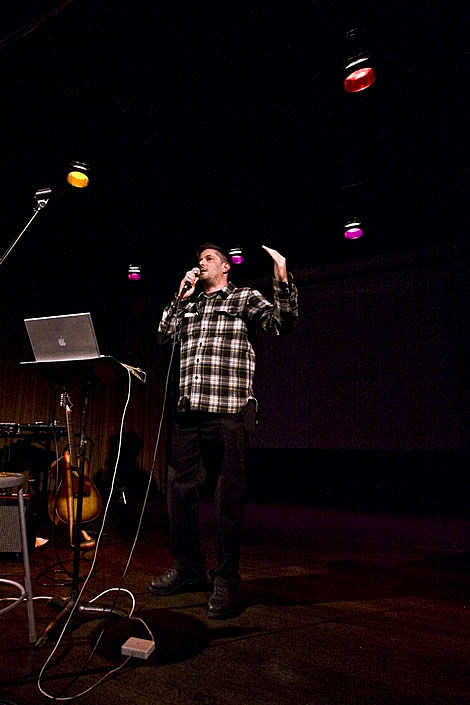