Trippin' his face off since breakfast: Stephen Malkmus 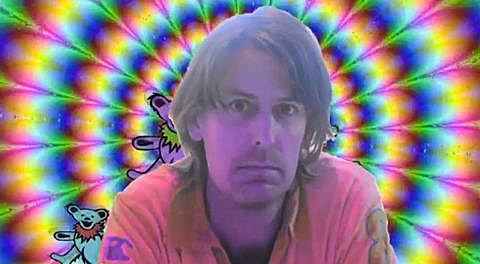 Stephen Malkmus & the Jicks' new album Wigout at Jagbags will be out January 7 and they've just released the second video from it, "Cinnamon and Lesbians." The clip, directed by Jay Winebrenner, takes a very literal approach, letting SM's lyrics guide the narrative. You can watch it, along with the video for "Lariat," below. You'll be able to listen to the whole album on Amazon starting on New Year's Eve, so mark that in your calendars.

The band's tour will be in NYC in February -- Bowery Ballroom is sold out but the 2/27 show at MHOW still has tickets -- but before that, Malkmus and company are performing a private show at Other Music on January 9 with an open bar to follow. Thing is, it could be YOUR private party. The show is a contest for five lucky winners and their 10 lucky friends. Head to Other Music for details on how to enter.

Flyer for the Other Music show, and those videos, below... 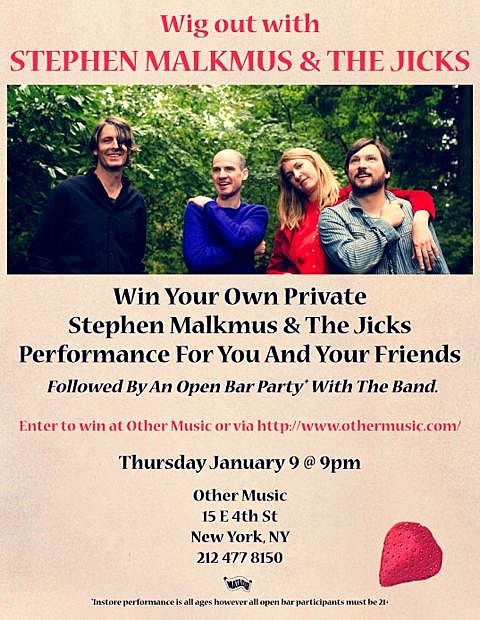