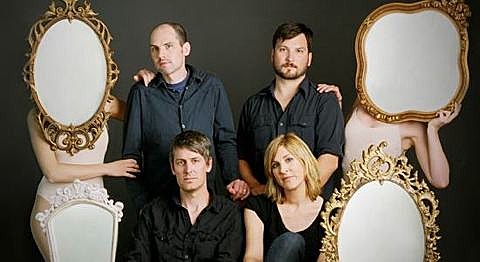 Stephen Malkmus & the Jicks' new album, Wig Out at Jagbags, is out on Tuesday (1/7) but has been streaming since New Year's over at via Amazon. Though SM has let his jammy side fly since going solo, the new album is a pretty tight record, with only a couple songs crossing past four minutes. It also sounds like he's having a good time, making for his most across-the-board enjoyable record (to these ears) in a while.

For release week, the Jicks will be in NYC, playing that private Other Music show on Thursday (1/9) you had to win tickets to attend (did you get lucky?). They've added another in-store happening while they're here on release Tuesday at Village mainstay Generation Records. You just need to buy the new album to attend. Maybe they'll serve some of Momofuku's "Cinnamon and Lesbians" ice cream?

Before that Malkmus will appear on Monday's Late Night With Jimmy Fallon (1/6) and you can enter their lottery to watch from the "Band Bench."

Malkmus & the Jicks will be back in NYC in February for two sold out shows. Flyer for the Generation Records in-store and the two videos from the album below... 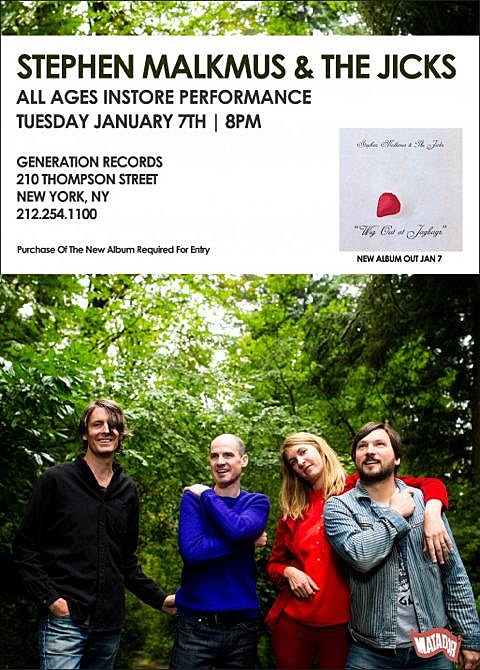