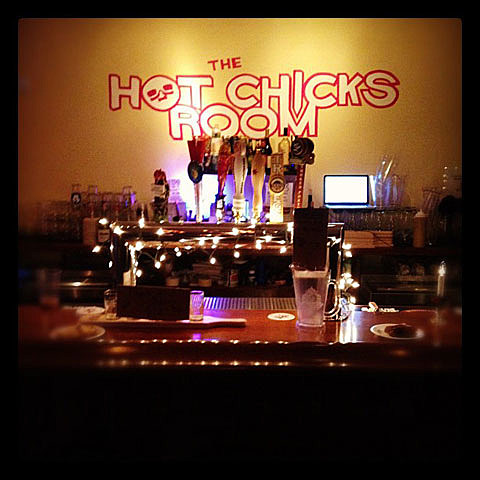 Sup. Hope you guys are having a great weekend. Did you catch any of those BrooklynVegan curated shows that happened at Brooklyn Night Bazaar on December 16th or Bowery Ballroom on December 17th?

Hey, do you remember on Friday how I mentioned that Stephen Merchant would be doing two shows in NYC at Town Hall on December 20th and December 21st? And how, like, the December 20th one is sold out, but that the December 21st only has a handful of tickets left and how I have 5 pairs I am giving away? Well, check this out. Mr. Merchant will be doing a runthrough of his set TONIGHT (12/18) at the UCB Theater EAST at 11:00pm!! Unfortunately, it sold right the fuck out, but there will be a stand-by line for the devoted. Yeah, it's pretty cold out, but layer-up doofus. The only way you could ever hope to see this dude in such an intimate setting is if you were his wife. Which you aren't. Because he doesn't have one. Yet. Maybe NYC will help change his relationship status.

Too late? Too cold? Don't want to chance it? Hannibal Buress will be holding it down at Knitting Factory as usual, this week with Calise Hawkins, Jermaine Fowler, Barry Rothbart, and Sabrina Jalees

No comedy at Union Hall tonight, but the Bell House has the previously mentioned "Star Talk Live" show with Neil de Grasse Tyson, Eugene Mirman, John Hodgman, and more, though it is now sold out.