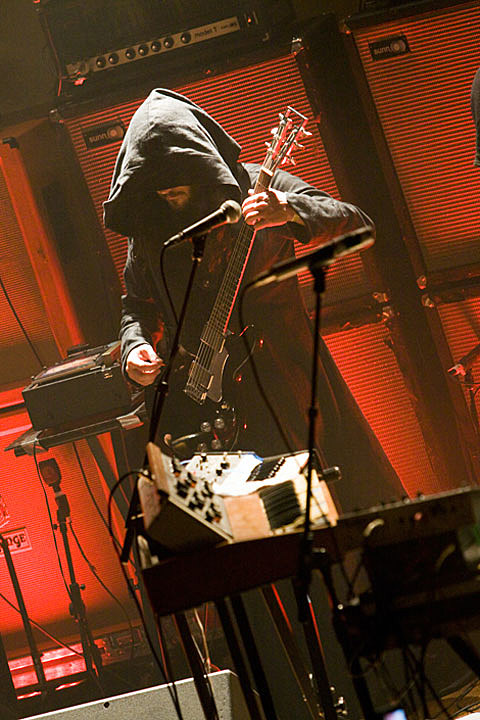 "Sunn O))) is on a break. We've been so for about a year now. We did a lot from 2007 to last year. Five tours supporting the album, a hundred shows in a single year I think, which is a lot. We don't really want to become a touring band. Greg said something really funny about it once: 'We're not gonna turn into High on Fire!'. Sunn O))) focuses on irregularity, so when you're taking the irregularity from it, you're kind of sabotaging it. But we're curating a line-up in April at Roadburn festival in Holland, though. We've got Winter playing, Keiji Haino, Corrosion of Conformity, Trap Them, and a bunch of death metal bands. It's going to be amazing, actually, a real mix of old and new acts. We'll be playing too, of course." - Stephen O'Malley:

The above quote comes from a recent interview with Stephen O'Malley done by The Quietus. And while O'Malley doesn't have any current US dates with sunn O))), he DOES have solo dates scheduled including one in Pennsylvania and one on May 14th at Issue Project Room in Brooklyn.

The NYC show is the third night of "the final" Table of The Elements Festival where Stephen will share a bill with Jonathan Kane's February, Helen Money, and Igor Cubrilovic. Stephen describes his solo set as "Primitive, minimal & loud guitar." Mission of Burma's Roger Miller also told us earlier this year that his M2 project would be playing the same fest. Stay tuned for more details (the venue is currently not listing it yet).