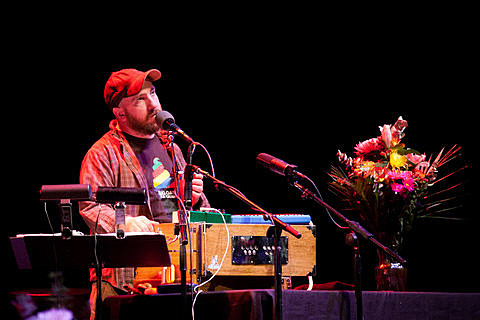 As mentioned, The Magnetic Fields will be touring this fall surrounding their appearance at Asheville's Moogfest. And though the tour won't hit NYC (but comes close with Hudson, NY's Helsinki Hudson on October 25) Magnetic Fields frontman Stephin Merritt will be in NYC for three separate events beforehand. First, he'll be at City Winery on September 21 to discuss the 1968 Japanese film The Black Lizard and will choose a second film to screen at the show as well. Tickets for that are on sale now.

Then, he'll be at Public Assembly on September 22 for Emma Straub's 'Hollywood Variety Hour' with author Andrew McCarthy and blogger Maris Kreizman. Stephin will be performing as well as speaking with Emma. Tickets for that show are on sale now.

Lastly, Stephin and Emma will team up again for the October 19 installment of John Wesley Harding's 'Cabinet of Wonders' variety shows at City Winery. Other guets for that show include The Citizen's Band (Angela McCluskey & Nina Persson), Nick Hornby, Eugene MIrman, and Aaron Neville. Tickets for that show and the other two announced Cabinet of Wonders shows (9/8 & 11/16) are on sale now.

On Labor Day (9/3), Stephin Merritt played three songs for the one-year anniversary of Big Gay Ice Cream's East Village shop. You can check out a video of that performance below.