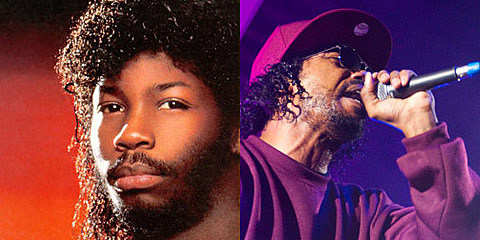 You might know Steve Arrington's voice from his major R&B hit "Just A Touch if Love" from his R&B/Funk band Slave. The song was a major smash in the late 70s and is still a dance club staple for fans of funk/rare groove/hip hop/R&B. Now comes word that Steve Arrington has returned to music and will enlist the great DâM-FunK (pronounced dame-funk, FYI) to provide the backing to his new joints. One of those jams, due from a forthcoming collaborative album, is streaming below along with the story of how the collaboration came about via Peanut Butter Wolf. Steve Arrington listens to Aphex Twin? Wow.

The ex-Slave vocalist will play the Park Central Hotel on November 13th with the creator of the dancefloor classic "Somebody Else's Guy", Jocelyn Brown. Tickets are still available. 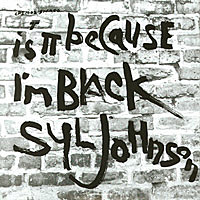 In a more obscure vein, Syl Johnson is probably famous among the latter generation for his rare and coveted LP Is It Because I'm Black (the title track sampled recently by Wu-Tang for "Hollow Bones") and similarly rare 45 "Different Strokes" (famously sampled by Kool G Rap for "Talk Like Sex" and Wu-Tang Clan for "Shame On a Nigga"), both on the now defunct Twinight Records. The R&B singer has since come back (he played Music Hall of Williamsburg last year) and will play Southpaw on December 3rd with The Sweet Divines and The Sweet Divine Rhythm Band. Tickets are on sale.

DâM-FunK recently played Fun Fun Fun Fest as part of a US tour. Those current dates with the Peanut Butter Wolf story about Steve Arrington, the first song of the DâM-FunK/Arrington collaboration, as well as some live video and tons of others are below...

--
Steve Arrington & Dam-Funk "I Be Trippin"

One of my early Steve Arrington moments was in 1981. I used to record songs from the radio to cassette and "Snapshot" by Slave was my favorite that year. I'd ride my bike playing the tape with one arm on a boom box so the world could hear me. (Probably illegal these days). I had the 45, but the version I taped from the radio was longer with the extended ending that I couldn't find in San Jose.

Slave was always one of my favorites and the first day I met Dam-Funk, he told me he had a bootleg DVD of their performance on the Don Kirshner show. In all my video hunting, I had no idea that existed. Dam gave me the DVD and we stayed in touch ever since. Much of my youth was spent hearing their songs (and Steve Arrington's solo songs), but I had never seen them perform live or otherwise. They didn't do music videos and there was no youtube of their shows. Still isn't.

Steve's solo stuff after he left the group went yet another direction, integrating jazz, soul, and gospel, but he kept the funk edge as well and his stretching out seemed to give his songs a sense of more meaning than his earlier stuff. Dam cites "Nobody Can Be You" as the song that made him feel OK about being his own person and not giving into peer pressure or following others.

Fast forward to 2009 and Dam decides to attempt to get a hold of Steve. He and I talked about trying to collaborate with Steve, but I was skeptical. I mean, Steve left the music industry by his own choice in the 80's and never looked back. His songs have been redone by Snoop, Jay Z, Tribe Called Quest, NWA, etc, yet no contemporary artist was able to pull Steve out of retirement, so how were we going to? Dam didn't focus on that. He found Steve on the internet, then got him on email and eventually on the phone. Soon, we were on a conference call with him. It's one I'll never forget. For starters, Steve knew more about the current underground music scene than I would've guessed. He was telling me about Ras G and Aphex Twin, etc etc. He's into ALL kinds of music, new and old. Big Sun Ra fan and mentioned Miles and Thelonious too (like Dilla and Madlib have to me in the past too). Steve told me he had the Quasimoto album on repeat and that it reminded him of a movie. He was down for James Pants too. Finally someone "from the old school" who really gets it. You can't put Steve in a box. At that point, I knew working with him would be a good match.

Our initial plan was to do a single with Steve so we sent him a bunch of Dam's instrumentals to potentially write and record to. Steve still lives in Dayton, OH where he's been off and on his whole life. He was churning out songs left and right in his home studio, so the idea for just a single went out the window real quick. Steve and Dam have recorded 14 songs together so far via sending stuff back and forth (like we did for the Jaylib and Madvillain albums). Steve, Dam, and I all agreed it would be cool to get the two of them in the studio at the same time to interact for a song live for at least one song.

Steve is also now OK with performing his older songs live, but he's equally, if not more, interested in creating and performing new songs. He did both during his LA mini-tour, performing 4 shows in 3 days. The trip had a lot of highlights for me personally and thankfully we filmed 8 hours of it. Watching him interact with people as varied as A Tribe Called Quest (who were ironically practicing for Rock The Bells next to the studio we were in) to Foster Sylvers (who came to Quik's Groove) to Miles Davis's nephew made it fun for me to be the fly on the wall for the journey.

When we first booked his flight, I wondered if we'd have enough "productive" stuff for him to do in the 5 days he was here, but the opposite was the case. We had to cram to fit it all in. The 13 minute "We Got It" he recorded with Teen Inc and Dam in the studio was pretty unbelievable too. This was done with no plan from any of them and video cameras and still cameras shining in their face, yet they pulled off something special. After they finished recording it, my instinct was to shorten it, but now I'm not too sure. "Rappers Delight" was 15 minutes, right? -[Peanut Butter Wolf]

Slave - "Just A Touch of Love"

Syl Johnson - "Is it because i'm black?"