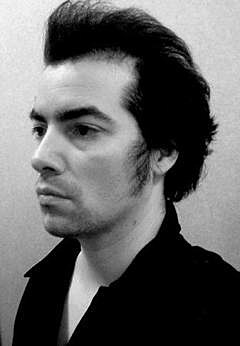 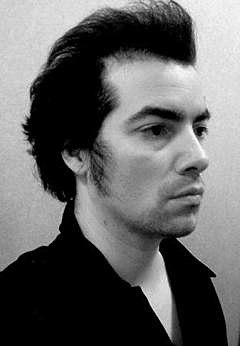 Back in December I tried to hip you l'il pups to a new comedic series called "The Talk Show Series Presents..." which takes place, sporadically, in the back room of Williamsburg bar Over the Eight. (Aka the bar that used to be Royal Oak.) The series is a talk-show formatted live show featuring a revolving cast of hosts and guests. My first experience with this fantastic show was back 0n December 5 and that particular installment of the show was hosted by Bobby Tisdale and featured guests Mike Doughty, Jon Benjamin, Andy Blitz, Tim Harrington, and SNL cast member Noel Wells. The show was loose, unscripted, and unbearably fun and featured an absolutely stunning closing number by the great Mike Doughty. It was the most fun I had had in a long time, and I have been eagerly awaiting a follow up installment ever since.

And that wait is finally over! This week, the lucky few who can squeeze into the intimate back room of Over the Eight can thrill to not one but two epic installments of "The Talk Show Series Presents!" The shows, which happen on Thursday (2/27) and Friday (2/28), are titled The Talk Show Series Presents: THE KEVIN CORRIGAN SHOW, and are both hosted by wicked famous actor Kevin Corrigan. The Thursday February 27  instalment features Janeane Garofalo, Steve Buscemi (!), music by Daniel Harnett, and a super, super, unbelievable special guest whose identity I cannot even hint at besides saying he is one of NYC's biggest political figures of all time. If you are lucky enough to be at this show, you'll be so shocked that this man is sitting just a few feet in front of you that you won't even be able to applaud; you'll be too busy processing what you are experiencing. Doors are at 7:30 PM and the show is free. Get there early.

Then On Friday (2/28), enjoy a second installment of The Talk Show Series Presents: THE KEVIN CORRIGAN SHOW. This time, Kevin brings guests Michael Rappaport (currently on Justified), Jonathan Ames (wordsmith, pugilist), Frederic Seaman (John Lennon's personal assistant!) and music from Mirah (who has a new LP and a headlining show in April). There's another special musical guest on the bill who I also am unable to divulge, but I believe they will be billed as "Kelly Slater Sangre". Doors are at 7:30pm and the show is free. Get there early.