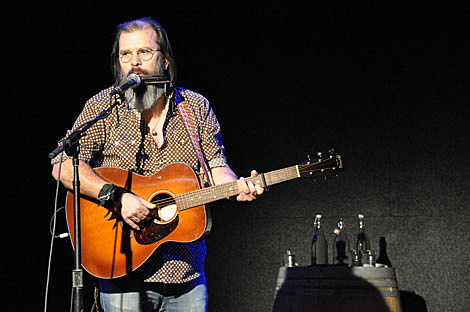 Tibet's Communist Party-controlled legislature has voted to create a holiday to mark China's defeat of a pro-independence uprising 50 years ago in the Himalayan region, calling it a day of liberation from feudalism, state media reported Monday.

The politically sensitive date marks the flight of Tibet's spiritual leader, the Dalai Lama, into exile in India as Chinese troops attacked in March 1959. On March 28 of that year, Beijing announced the dissolution of the Tibetan government and the establishment of the Tibet Autonomous Region under Communist rule.

China says Tibet has always been part of its territory, while many Tibetans say their land was virtually independent for centuries. [AP]

The lineup for the 19th annual Tibet House benefit concert at Carnegie Hall is now: Antibalas, Steve Earle, Angelique Kidjo, Keb' Mo', Philip Glass & Zack Glass, The National, Patti Smith & Jesse Smith, and Vampire Weekend. Tibet House is also claiming that they "are expecting other artists to join the line-up soon". Get your tickets to the February 3rd show at Carnegie Hall's site.

Antibalas is also playing a couple of full shows at Southpaw in Brooklyn a few days earlier.

His Holiness the XIV Dalai Lama is appearing at the Beacon Theatre in NYC on May 4th. Paul Simon is playing there in February.