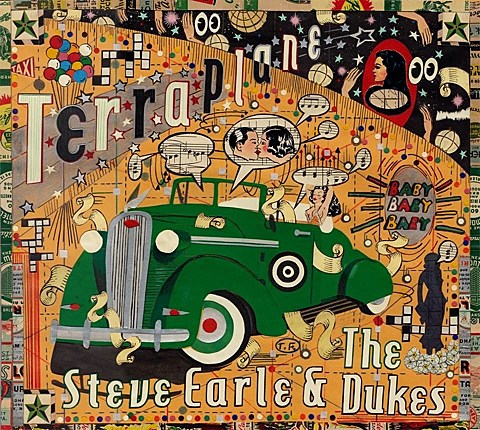 Long-running and always-active folk singer Steve Earle is releasing a new album with his longtime band The Dukes called Terraplane on February 17 via New West Records. That's the artwork above and you can check out the tracklist and listen to one of the songs below.

In early 2015 before the record is out, Steve's doing a four-night residency at City Winery New York followed by one at City Winery Chicago. The NYC residency includes shows on January 5 with Willie Watson, January 12 with Shawn Colvin, and January 19 and 26 with TBA guests. Tickets for 1/5, 1/12, 1/19 and 1/26 are on sale now. All dates are listed below.

Shawn Colvin plays two more City Winery shows after that one, including 1/13 with Mary Chapin Carpenter (tickets) and 1/14 with Jacksown Browne (sold out).

All Steve Earle dates are listed, with the new song and LP tracklist, below...