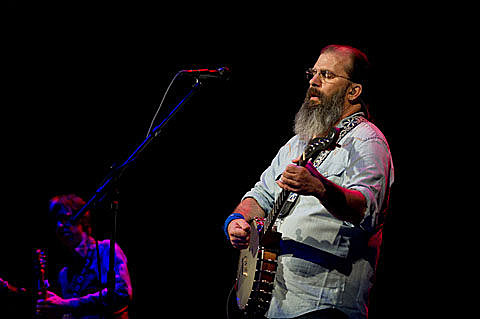 We reported before that Michael Dorf's annual charity tribute concert at Carnegie Hall (on 3/23) will feature the music of Talking Heads and David Byrne, and that Bebel Gilberto would be among the performers. The initial lneup has now been announced and also includes Alexis Krauss of Sleigh Bells, Perry Farrell, The Roots, Billy Gibbons of ZZ Top, Rufus Wainwright , Steve Earle and more. The full list is below, and stay tuned for the rest to be announced (David Byrne, if he's going to make an appearance, will never officially be listed). Tickets, including $10,000 "fantasy" tickets that give you the "ability to join entire ensemble for encore on the stage at Carnegie Hall, Backstage Access throughout the concert, full access to rehearsal day at City Winery, and customized encounters with artists" are on sale now and proceeds go to fund music education.

Speaking of rehearsals at City Winery, they usually put tickets on sale for the show part of that too, but we don't see anything up there yet.

Initial lineup of the Carnegie tribute below...