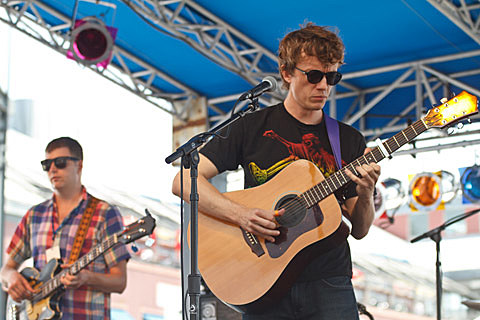 Steve Gunn has been playing NYC a lot lately, both as a member of Kurt Vile's band and as a solo artist in support of his newest album, Time Off. His last show was at Union Pool last week (2/13), which would have been with Lee Ranaldo's band but they dropped off at the last minute.

Steve has now announced that he'll be going on a full tour with a backing band that includes Austin festivals SXSW and Austin Psych Fest, and also includes another NYC show happening on April 25 at Rough Trade. That show is with Kevin Morby, who co-fronts The Babies, plays bass in Woods has a solid solo album too. Tickets for that show go on sale Friday (2/21) at noon.