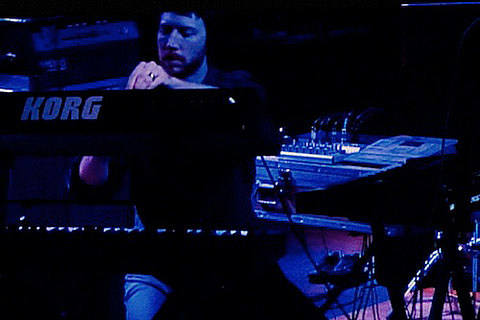 Steve Moore (of Zombi/Titan) (not to be confused with Zomby) will team with Jesse Reiner (Jonas Reinhardt) for a "live electronic improv set" at Silent Barn TONIGHT (7/15). The duo will be joined by support from Long Distance Poison, Lussuria, ODO (Mark Dwinell of Forma), Andy & Zeus. DJ Jah Fe Ryan (Excepter) is on the 1s and 2s. $7 will get you into the all ages event.

Steve Moore, who also plays PS1's Warm Up on August 6th, has been steadily producing remixes of bands like Washed Out, Voivod, and Melvins. Check out those impressive remixes, some of which he did under his alter-ego Lovelock, below. There are two different remixes he did of Washed Out song "Eyes Be Closed", one of which you can also download above.

Washed Out headlined Bowery Ballroom the other night.

Washed Out - Eyes Be Closed (Lovelock Remix) by steve moore