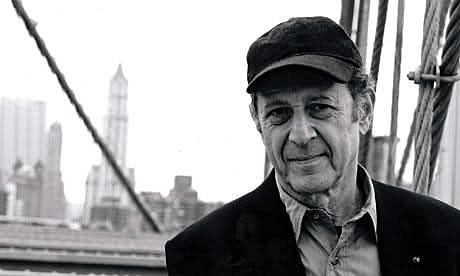 Modern composer Steve Reich, who celebrated his 75th birthday earlier this year, will be in attendance when his "WTC 9/11" piece gets its "all live" premiere at Le Poisson Rouge on Tuesday (9/11).

While the piece had its world premiere at Carnegie Hall back in April (and other places since), the Kronos Quartet played along with two other pre-recorded "string quartets," so this will be the first time it will be performed entirely by onstage musicians, in this case the American Contemporary Music Ensemble (ACME). Tickets for the show are available and the performance will stream live on NPR starting at 7:30 PM EDT. Additionally, Reich will join New York Public Radio host John Schaefer for a discussion of his work before the concert begins.

Other pieces being performed at the LPR show are "Different Trains" and "Triple Quartet." Reich's work continues to be performed around the world. On September 27 you can see his "Daniel Variations" at Trinity Wall Street church as part of their "Concerts at One" series. A full list of Steve Reich pieces being performed in concert worldwide is at his website.