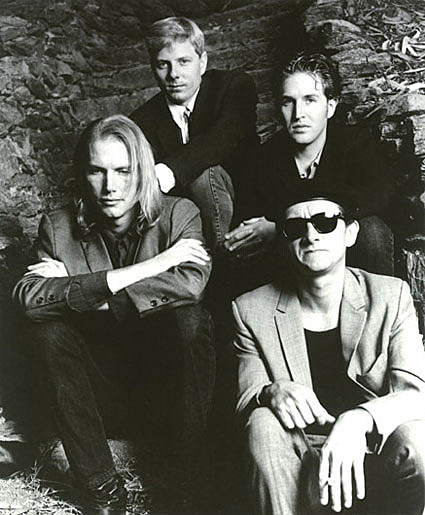 Tickets are still on sale for this show tonight:

Steve Wynn's most recent album was about baseball. Steve's next album is called "Crossing Dragon Bridge"....

After several years of recording and extensive touring with his band the Miracle 3, Steve Wynn will be releasing a new album on September 9th in the U.S. on Rock Ridge Music. Entitled "Crossing Dragon Bridge," it is his first solo album since 2001's "Here Come the Miracles." 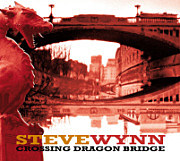 Said Wynn: "I associate this record so much with the time I spent writing and recording in Slovenia last fall. Hearing it again as a U.S. release feels almost like a suitcase that I forgot to unpack. I'm really glad that Rock Ridge is allowing me the chance to share this music with people on this side of the Atlantic and give me the chance to turn off the lights and give my own version of an aural slide show from my musical holiday."

The record was recorded in Ljubljana with Chris Eckman of the Walkabouts who also plays and sings on the record. "It felt like a good time to get up under the hood and strip everything back down to the song," Wynn says about the project. "Most of the tracks began with the song and my acoustic guitar and then we just built it back up from there." But the record is anything but a solo folk record--additional elements include a Slovenian choir as well as a Czech orchestra overdubbed in Prague.

"I would say that this record sounds like nothing I've done before but it also sounds more like me than anything I've done before," Wynn says. "I was able to follow the same reckless and spontaneous flights of fancy that I would normally only feel safe enough to indulge myself at home. But Chris was a great co-conspirator and helped me to empty out the insides of my skull onto the tracks.

"We had a ball. I would wake up each morning in my apartment on some old, narrow street in Slovenia, grab a coffee, shake off the cobwebs and then make my way to the studio with a song, some ideas and pretty much limitless possibility. The life there is easy, the food is heavy and the beer is good. It all made for the right combination."

The record was mixed in January by Tucker Martine (Decemberists, Laura Veirs, Sufjan Stevens) and was released in earlier this year in Europe to much press acclaim. Mojotouted Wynn's "enduring originality," while Uncutproclaimed that the album "finds the prolific Californian turning down the volume and embracing his inner folkie." Other European press outlets deemed it "magnificent," "lovely," "wonderfully melancholy," "naked and vulnerable," and "one of Steve's best albums so far." A review in Milwaukee's Shepherd Express preceding plans to release the album Stateside was prophetically appropriate in light of Rock Ridge Music's now-planned release of the album: "...this disc, unlike any Wynn has previously recorded, deserves a well-promoted domestic release."

Wynn plans to tour in the United States for the album later this year.