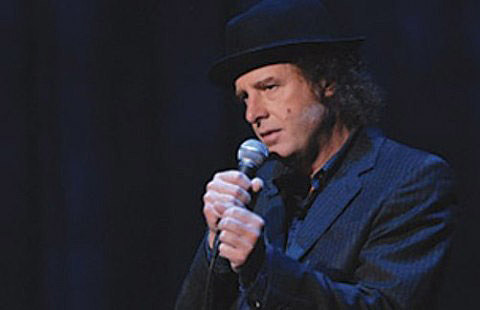 The king of absurdist deadpan comedy, Steven Wright isn't using Twitter to blast out his latest thoughts, but rather is using it as one long serialized way of telling a story. Check it out for the full story, 140 characters at a time. Meanwhile, Wright, who just completed a short run of dates in Vegas, will perform live at Wellmont Theater on June 2nd. Tickets go on sale at noon on Friday (4/1).

Some video of the hilarious Steven Wright in action is below.